For Those About To Doc!

“Their knowledge, wit, and compassion can get you through anything!” – COMEDY CAKE

“Comedians and documentary film. Yes, some hilarity ensues.  But also, a bit of thoughtful, heartfelt examination.” – THIS DOCUMENTARY LIFE

For Doc Fans By Doc Fans 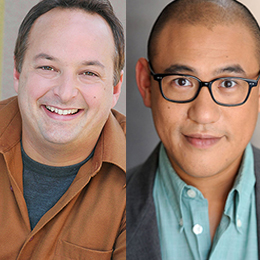 Host Paco Romane is a comedian, actor, writer, voice-over actor, improviser, and podcaster and his hilarious, engaging, and authentic comedic style has established him as an audience favorite. Paco had been described as a “mashup of all things funny – stand up, sketch, improv, you name it”. He’ll regularly spin any unpredictable moment with the crowd into his act.
Host George Chen is a writer and comedian who has performed at SF Sketchfest, Put Your Hands Together, Huebel and Scheer’s Crash Test, The Porchlight Storytelling Series, and SFMoMA. He’s been on TV on HBO’s Looking and Viceland’s Flophouse. 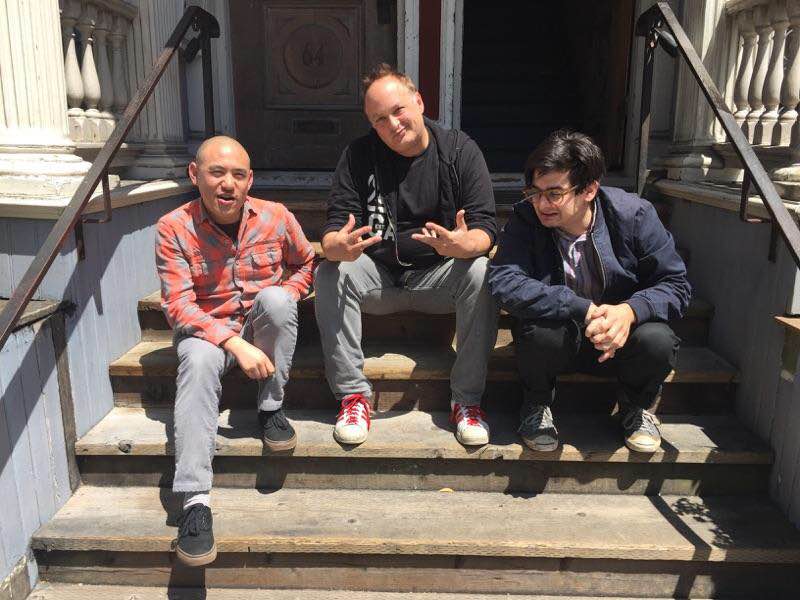 Sup Doc podcast has been recapping reality since 2015! This lively show is hosted by comedians Paco Romane and George Chen. These Doc Dorks are not film scholars but they have a smart and silly style that audiences love! We pick a documentary and talk about it from all points of view and we do our best to do a meaningful amount of research and bring colorful discussions and jokes to your doc loving’ ear holes. So join us as we hilariously recap great documentaries with amazing guests from TV, Film, Comedy and Music for example:
Comedians like Dana Gould (Some Kind Of Monster), Todd Glass (Religulous), Wayne Federman (Crumb / The Zen Diaries of Garry Shandlin), Megan Koester (Weiner).

And of course we’ve chatted with documentary Directors like: Brett Morgen (Kurt Cobain: Montage of Heck, The Kid Stays In The Picture), Laura Gabbert (City Of Gold) and Dava Whisenant (Bathtubs over Broadway). Plus rising comedy stars, journalists, producers, actors, writers, and more!

Sup Doc has been featured in SF Sketchfest, SF Doc Fest and has produced live screenings, a documentary themed game show, a side-car project (Biopsy), theme months (Mayhem May, Rocktober), festival shows and even some decent march. So thank you so much for listening and supporting not only Sup Doc but documentary films, filmmakers and doc lovers! 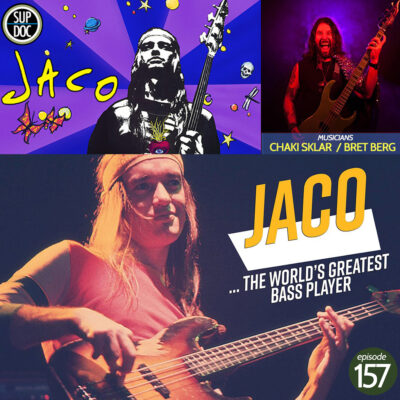 On episode 157 we recap the 2014 documentary Jaco currently streaming on Hulu. Jaco, the doc, is about the brief, brilliant and brutal musical career of the legendary electric bass player Jaco Pastorius a self-taught musician who changed the course of modern music. END_OF_DOCUMENT_TOKEN_TO_BE_REPLACED
October 11, 2020 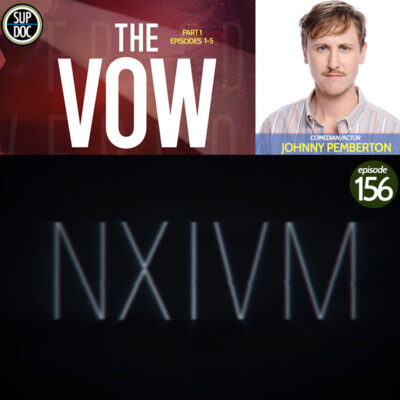 The Vow documents the NXIVM organization, and how the founders attracted followers with their scientific-based approach to self-help, and how Raniere and actor Allison Mack were arrested on sex trafficking and racketeering charges. END_OF_DOCUMENT_TOKEN_TO_BE_REPLACED
September 27, 2020 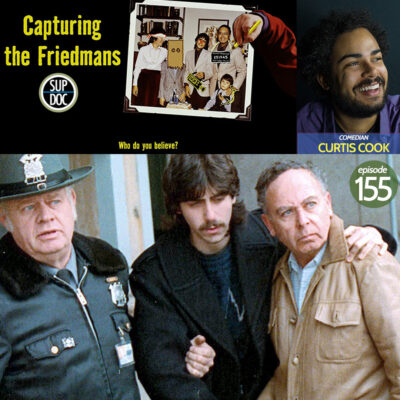 Today we recap an all time classic, Capturing The Friedmans, and get into a lively debate about how this documentary stacks up in today's world. Was director Andrew Jarecki irresponsible in how he handled the footage and information he had? Was there a bias towards helping Jesse? Will our guest Curtis Cook and Paco ever see eye-to-eye on this doc? Listen to find out! END_OF_DOCUMENT_TOKEN_TO_BE_REPLACED
September 13, 2020 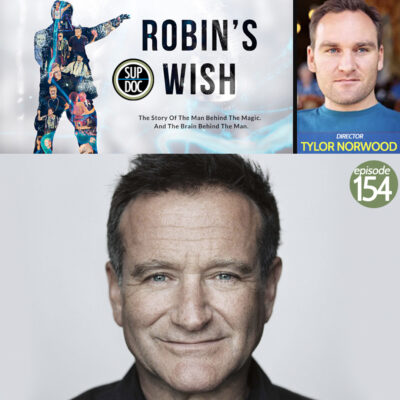 Robin's Wish centers around the final years of Robin Williams and the confusion around why this comedy icon killed himself in 2014. END_OF_DOCUMENT_TOKEN_TO_BE_REPLACED
August 31, 2020 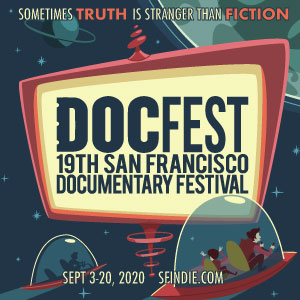 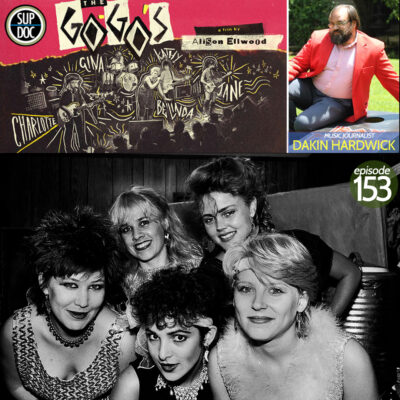 Today Paco and George recap the new Showtime documentary The Go Go’s . Notably the first all-femme band to write their own songs, play their own instruments, and snag a #1 US album. Directed by Allison Ellwood, this straightforward music documentary looks at the LA group's rise, reign and breakup, along with youthful ambition, firings, drugs, rehab, money squabbles, breakup, and inevitable reunions. END_OF_DOCUMENT_TOKEN_TO_BE_REPLACED
August 16, 2020 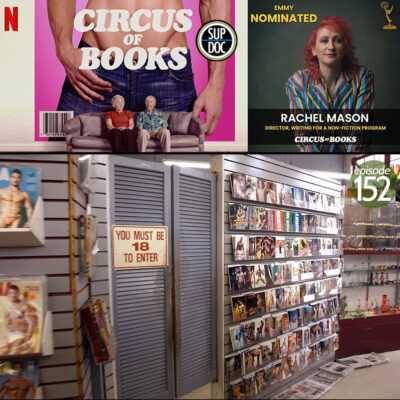 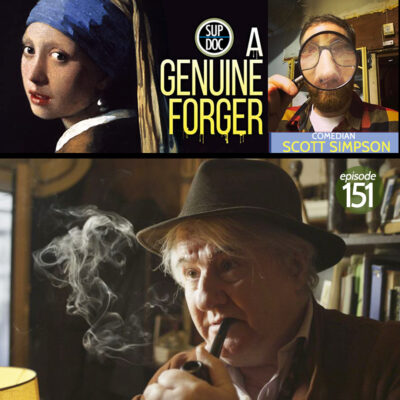 Ep 151 A GENUINE FORGER with comedian Scott Simpson On episode 151 Paco and George talk with comedian and podcaster Scott Simpson. We recap the documentary A Genuine Forger that profiles Guy Ribes, one of... END_OF_DOCUMENT_TOKEN_TO_BE_REPLACED
July 20, 2020 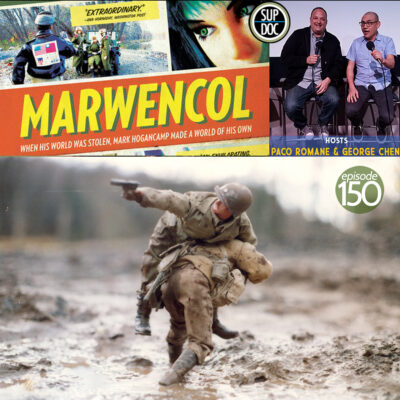 Sup Doc  – The Documentary Podcast Recapping Reality Since 2015 Ep 150 MARWENCOL Episode 150! We’re commemorating by taking a look back at one of our favorite documentaries, the 2010 Jeff Malmstein documentary Marwencol. Mark Hogancamp,... END_OF_DOCUMENT_TOKEN_TO_BE_REPLACED
July 13, 2020 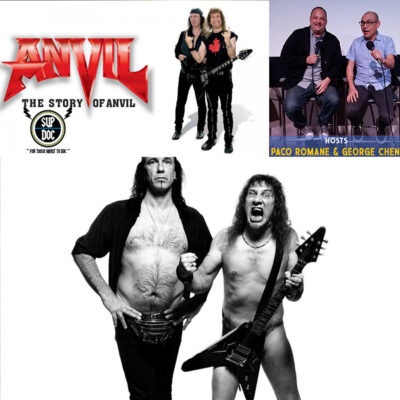 On episode 149 of Sup Doc we are recapping the classic 2008 documentary Anvil: The Story of Anvil directed by Sacha Gervasi who was a teenage fan and Anvil roadie. This doc is tragic, brilliant and hilarious and is as close to the real life Spinal Tap as possible END_OF_DOCUMENT_TOKEN_TO_BE_REPLACED
July 6, 2020
PAST EPISODES

Get a FREE Sup Doc Sticker! Click on the image for more info! 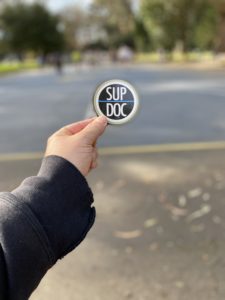 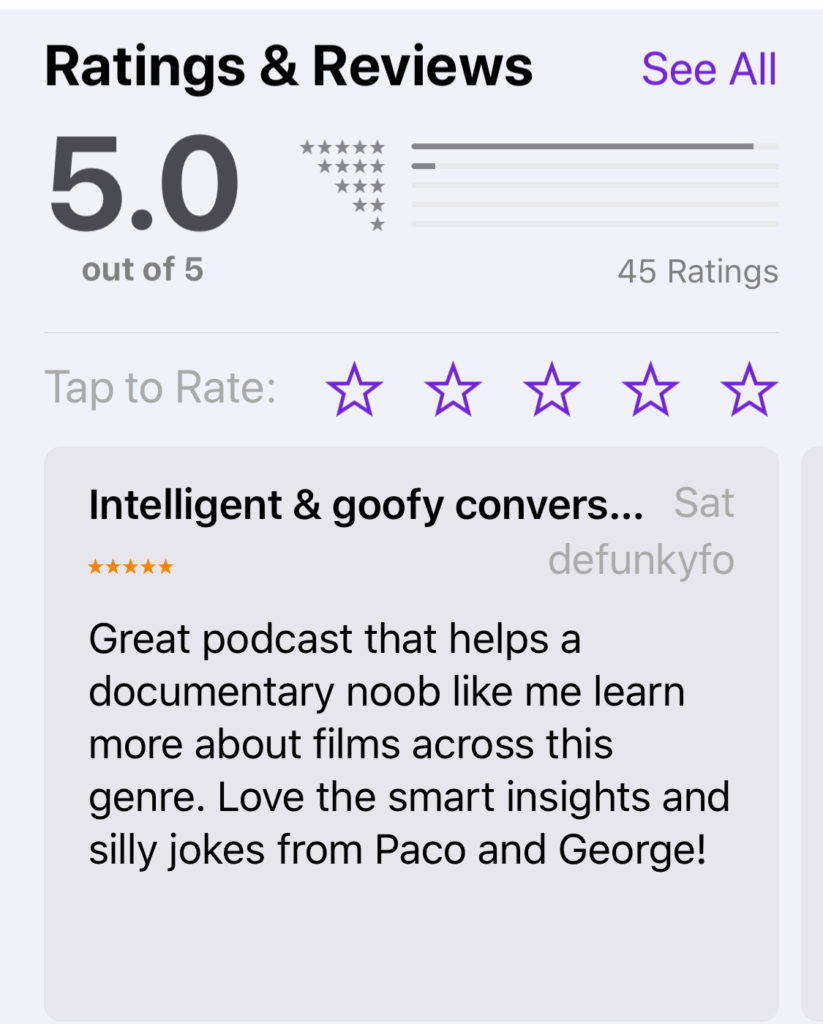 The San Francisco Documentary Film Festival is streaming its films online between September 3rd through 20th. 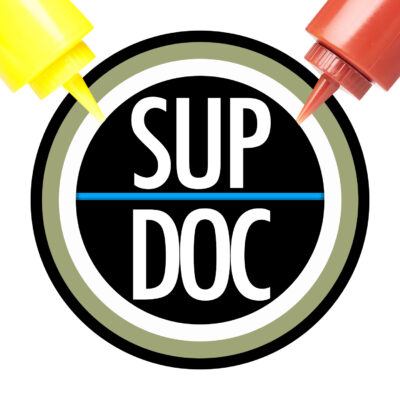 Munchie May Month 2020 – All Food Documentaries!

Starting May 4th 2020 and every Monday in May our amazing guests will be helping us recap food, fodder and fare! 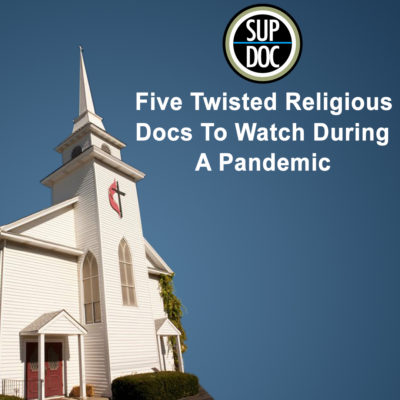 5 Twisted Religious Docs To Watch During A Pandemic 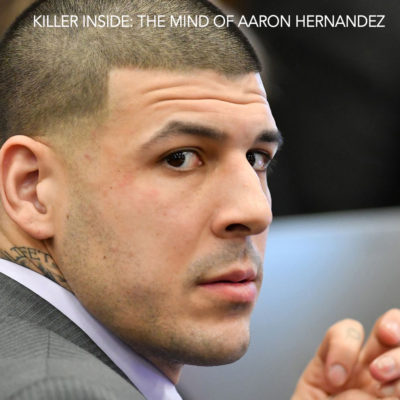 What The Documentary Killer Inside: The Mind Of Aaron Hernandez Got Wrong

I liked this documentary series a lot but where I think it went wrong was that it was looking at the wrong reasons WHY Aaron was a killer.