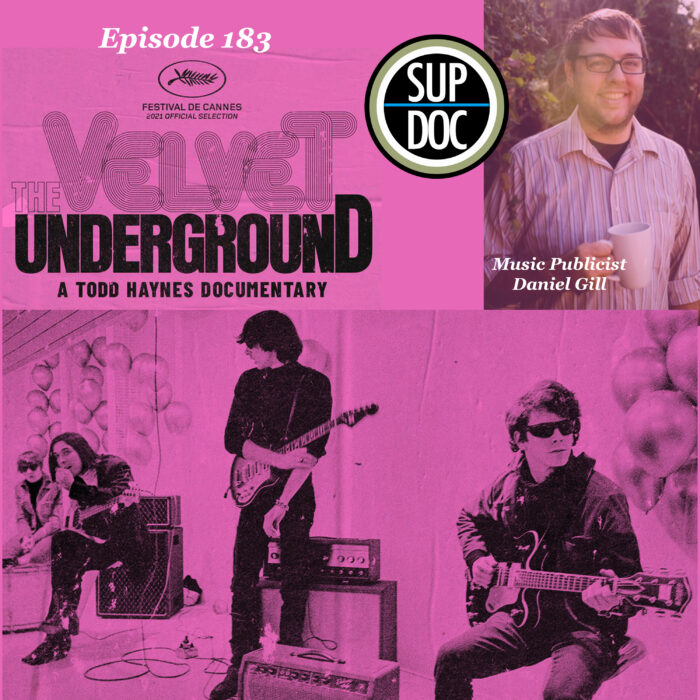 We deep dive into Todd Haynes’ Velvet Underground documentary (2021) on AppleTV. Haynes talks to the surviving members of the band and a lot of New York art world and the Warhol Factory scene about this legendary group that blended drone, multimedia, and doo-wop. The first-person accounts are great and you get steeped in the heady New York days of yore.

Daniel Gill runs the PR and management firm Force Field out of the Highland Park neighborhood of Los Angeles. Force Field is best known for launching the careers of many of your present day brunch playlist favorites, such as Sufjan Stevens, St. Vincent, Beach House, Toro Y Moi, Real Estate, Neon Indian, Tennis, Lord Huron, Panda Bear, Woods, Kevin Morby, and many more. They’ve also handled PR for a slew of music documentaries including Big Star: Nothing Can Hurt Me, ZAPPA, Once Were Brothers, Crock of Gold, Danny Says, Other Music, etc. Gill is also serving as the producer on the newly launched music podcast Discograffiti.

Dan also put together a curated list of everything Velvets referenced in this doc, also a great primer!