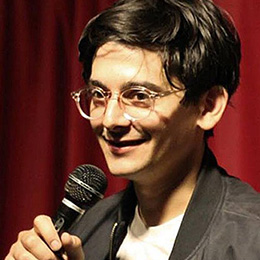 Ep 6 THE UP SERIES with comedian/actor Josh Fadem

Ep 6 THE UP SERIES with comedian/actor Josh Fadem

In this episode of Sup Doc we sit down with comedian and actor Josh Fadem (30 Rock / Better Call Saul / Twin Peaks) to discuss the Michael Apted masterpiece “The Up Series”, plus the 4 F’s, being an entitled 7 yr old, and some of Josh’s favorite documentaries. We are only able to discuss the first 4 docs (7 Up – 28 Up) of the series but we’ll have Josh back to continue the talk in Part II.

The Up Series is a series of documentary films produced by Granada Television that have followed the lives of fourteen British children since 1964, when they were seven years old. So far the documentary has had eight episodes spanning 49 years (one episode every seven years) and the documentary has been broadcast on both ITV and BBC. In a 2005 Channel 4 programme, the series topped the list of The 50 Greatest Documentaries. The children were selected to represent the range of socio-economic backgrounds in Britain at that time, with the explicit assumption that each child’s social class predetermines their future. Every seven years, the director, Michael Apted, films material from those of the fourteen who choose to participate. The aim of the series is stated at the beginning of 7 Up as: “Why do we bring these children together? Because we want to get a glimpse of England in the year 2000. The shop steward and the executive of the year 2000 are now seven years old.” 56 Up premiered on British TV on 14 May 2012; its release in the USA came on 4 January 2013.
Apted has said: “I hope to do 84 Up when I’ll be 99.”

Josh Fadem is an actor and comedian based in Los Angeles. He is from Tulsa, Oklahoma. He trained at venues including The Upright Citizens Brigade LA and The Groundlings. He is a regular in the LA comedy scene, has written for Adult Swim, and is a frequent contributor to Funny or Die. As a stand-up, he can be seen at many venues in Los Angeles and New York, and hosts a bi-monthly show at LA’s premier archival video store and haven for film-lovers, Cinefile Video. Josh was named one of Daily Variety’s “10 Comics to Watch” for 2011. Some of his television credits include NBC’s 30 Rock as Liz Lemon’s agent, Simon Barrons, It’s Always Sunny in Philadelphia, and Adult Swim’s Eagleheart with Chris Elliott.