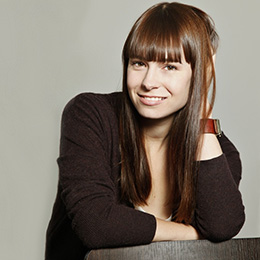 George and Paco welcome the talented Veronica Belmont to the Sup Doc Podcast. On EP27 they talk about the doc Broken Dreams – The Boeing 787. The 2014 Al Jazeera doc goes behind the scene to investigate Boeing’s “Dreamliner” and finds some workers with quality concerns, alleging drug use and fearing to fly in the plane they build. Scary!

Broken Dreams – The Boeing 787  (Forbes review) is a 48-minute news documentary on the divisive Boeing 787 Dreamliner program, blending isolated anecdotal evidence with a recap of the troubled history of the airplane to heavily imply that the 787 may be unsafe. However, despite its hype, Al-Jazeera’s report falls substantially short on substance, too often falling into a slanted and biased presentation that leaves the piece wanting for objectivity and substance.

The report has several moments of lucidity, especially when recapping the 787’s challenges. The cultural issues generated by Boeing’s merger with McDonnell Douglas, as well as its shift in management philosophy towards generating shareholder value are well known, though one may disagree on whether these changes were beneficial for the company. The 787’s volatile path to entry-into-service (EIS), battery troubles, and quality control issues at Charleston are also well known. In particular, the quality control of Charleston 787s is well known within the industry to be less than the standard of Everett, and Charleston 787s are frequently flown to Everett for finishing and eliminating QC issues. But what part of that is news? Each of those issues has been reported, analyzed, dissected, and re-packaged ad-nauseum in almost every medium fathomable over the past seven years. The 16-minute stretch discussing these challenges is the most accurate portion of the program, but it breaks no new ground.

Perhaps the only substantive portion of Al Jazeera’s program that is new or novel is the allegations of drug use at Boeing’s plant in Charleston. Boeing can be expected to investigate these allegations seriously, but it is hardly surprising. In fact, one would be hard pressed to find any major industrial plant of that size where drug use is not present; including Boeing’s Everett plant.

Since 2006, Veronica Belmont has been hosting content for the web and TV. This includes everything from video podcasts to red carpet premieres. She’s also been a guest on many programs as a tech, science, and futurism commentator. You may have seen her on the Doctor Who 50th Anniversary Pre-Show, the Game of Thrones Season 5 Premiere, and Gizmodo: The Gadget Testers. She’s also worked for Discovery Digital, Sony Playstation, and CNET Networks. Currently, you can watch her each week on Dear Veronica for Engadget, and Sword & Laser!