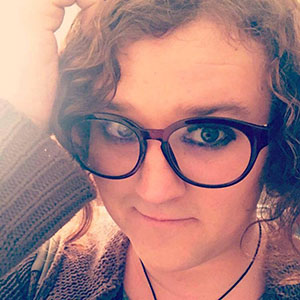 On Ep 28 Paco and George sit down with comedian Riley Silverman to discuss the 2011 doc Jiro Dreams of Sushi the story of 85-year-old Jiro Ono, considered by many to be the world’s greatest sushi chef. He is the proprietor of Sukiyabashi Jiro, a 10-seat, sushi-only restaurant inauspiciously located in a Tokyo subway station. Despite its humble appearances, it is the first restaurant of its kind to be awarded a prestigious three-star Michelin Guide rating, and sushi lovers from around the globe make repeated pilgrimage, calling months in advance and shelling out top dollar for a coveted seat at Jiro’s sushi bar.

A Los Angeles resident with deep midwestern roots, the dark yet silly comedy of Riley Silverman has been seen at the Women in Comedy Festival and as the first transgender performer at Portland’s All Jane comedy festival. Her debut comedy album, Intimate Apparel, was a #1 best seller on Amazon. Riley is a contributor to Pajiba.com, was named the #FashionTruth girl for April 2015 by ModCloth as part of their customer beauty campaign, and she was also listed as one of 10 Women Comedians Who Smash the Patriarchy by The Culture Trip.