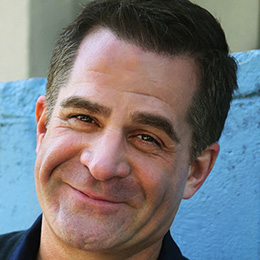 On Episode 26 of Sup Doc host Paco Romane sits down with the hilarious comedian and podcast host (The Todd Glass Show) Todd Glass. They have a candid and funny talk about the 2008 Bill Maher documentary Religulous plus organized religion, treating people with respect, and how this documentary changed Todd.

In Religulous Bill Maher plays devil’s advocate with religion as he talks to believers about their faith. Bill Maher interviews some of religion’s oddest adherents. Muslims, Jews and Christians of many kinds pass before his jaundiced eye. Maher goes to a Creationist Museum in Kentucky, which shows that dinosaurs and people lived at the same time 5000 years ago. He talks to truckers at a Truckers’ Chapel. (Sign outside: “Jesus love you.”) He goes to a theme park called Holy Land in Florida. He speaks to a rabbi in league with Holocaust deniers. He talks to a Muslim musician who preaches hatred of Jews. Maher finds the unlikeliest of believers and, in a certain Vatican priest, he even finds an unlikely skeptic. (IMDB)

Todd’s comedy is often satirical, sometimes irreverent but always funny. His television appearances are many and he has become a veritable fixture on Comedy Central. His podcast The Todd Glass Show is on The Nerdist podcasting network.

For some added fun you can listen to Paco on his first appearance not The Todd Glass Show!