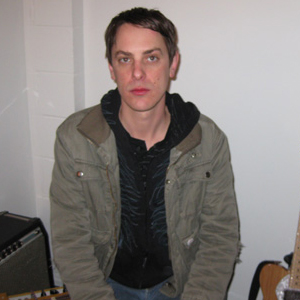 Paco and George meet up with Hutch Harris at Lost Weekend Video where we discuss the Kathleen Hanna biography, The Punk Singer (Sini Anderson, 2013). Kathleen Hanna, lead singer of the punk band Bikini Kill and dance-punk trio Le Tigre, rose to national attention as the reluctant but never shy voice of the riot grrrl movement. She became one of the most famously outspoken feminist icons, a cultural lightning rod. Her critics wished she would just shut-up, and her fans hoped she never would. So in 2005, when Hanna stopped shouting, many wondered why. Through 20 years of archival footage* and intimate interviews with Hanna, THE PUNK SINGER takes viewers on a fascinating tour of contemporary music and offers a never-before-seen view into the life of this fearless leader.

Hutch Harris was born in New York City, raised in Silicon Valley, and has resided in Portland, Oregon for the past eighteen years. Harris founded and is the lead singer/songwriter of Portland post-pop-punk band The Thermals. In thirteen years, the band has toured fifteen countries, released six records, and is currently set to release their seventh LP “We Disappear” March 25, 2016 via Saddle Creek. In addition to his illustrious music career, Harris is a rapidly up-and-coming comic in the vibrant Portland comedy scene. He has performed stand up in Portland at Helium, Midnight Ma$$, It’s Gonna Be OK, Picture This, Keep it Like A Secret and Control Yourself, in Los Angeles at Church, ASSSCAT (UCB Sunset) and Hot Tub, Too Much Fun in Denver, and Cynic Cave in San Francisco. (Kathleen storytelling at Our Hit Parade 2010