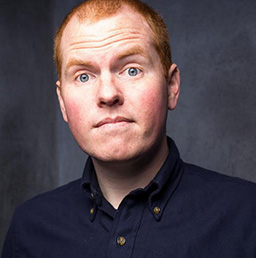 On EP23 Paco, George, and producer Will talk with comedian/podcaster Red Scott about Making A Murderer, the Netflix doc that took America by storm! Questions will be half answered, jokes will be told, and nothing will be solved! Exonerated after spending nearly two decades in prison for a crime he did not commit, Steven Avery filed suit against Manitowoc County, Wis., and several individuals involved with his arrest. Shortly after, however, Avery found himself behind bars again, this time accused of the murder of 25-year-old photographer Teresa Halbach. She was last seen on Avery’s property, where she was to photograph a vehicle. Avery and nephew Brendan Dassey were tried and (spoiler alert) convicted of the crime. But that’s not the end of the story. When Columbia graduate students Laura Ricciardi and Moira Demos read about Avery, they felt his story would make an interesting documentary. And they were right!

Growing up in San Jose, CA, Red Scott never saw things the same way as other kids; he thought he was cool. Born in the early 80s, he established himself as a trend-setter — fat, asthmatic, and socially inept years before Asperger’s was a syndrome or obesity an epidemic. On his way to finding the stage, Red had several diversions, ranging from working as a Software Developer to delivering for Pizza Hut in South Central Los Angeles. Red combines obscure and outdated references with the crazed insistence of a mental patient. His act encompasses everything from politics to absurdism to wordplay, all combined with deft crowd work. When not on stage, Red explores the myriad of ways an individual can be indoors and fully protected from the sun. His podcast discussing Game of Thrones, “Boars, Gore, and Swords” has twice been featured on BoingBoing. He’s performed in SF Sketchfest 2011-2013 and is a regular at The San Francisco Punch Line, The San Jose Improv, Rooster T Feathers, as well as the usual dive bars and laundromats. You can find Red on twitter at @red_scott