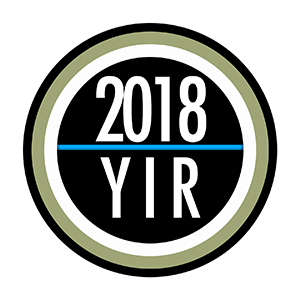 Hosts Paco and George sit down and recap about 2018! They get into a lot of what happened, plus the interviews, live shows and even retweets! Below are some highlights from the discussion. Listen to the entire talk for all kinds of Sup Doc goodness that took place in a wild and unforgettable 2018.

We also got to have a screening of the documentary Freaks and Geeks in SF DocFest about the influential yet short lived TV show of the same name. Our panel was comedian Kelly Anneken and David Klein plus the director and friend of the pod Brent Hodgee.

We were thrilled to be included in reviews by The Onion’s A.V. Club for our Ep87 West of Memphis with filmmaker Gavin Michael Booth and to be retweeted by the one and only Judd Apatow for Ep86 Zen Diaries of Garry Sandling with legendary comedian Wayne Federman.

We also talk about how we were able to score a great interview with the award-winning and legendary documentary filmmaker Brett Morgen!

George and Paco also discuss traveling to different cities to record and even talk about their comedy tours and shows as well. George was in a couple of different comedy festivals and Paco went on tour to the south and got to finally perform at Zanies in Nashville.

They also get into what to expect from 2019!  Listen to the episode for more on that!

And as always THANK YOU to everyone that listened, subscribed, shared and cared in 2018!