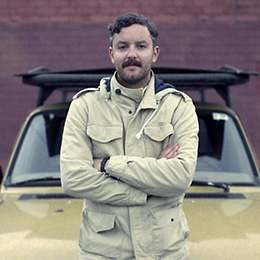 We implore you, have you seen the six-part Netflix docu-series WILD WILD COUNTRY yet? If not, what are you waiting for? 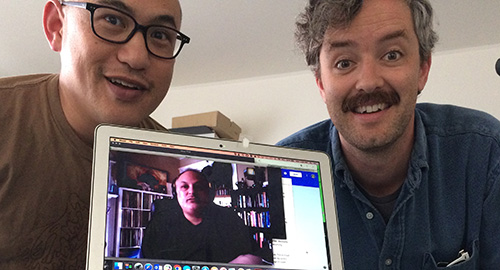 When the Rajneesh movement and their leader the Bhagwan came to rural Oregon in the 1980s was it just a clash of cultures (worldly orange-clad hippies vs. conservative townspeople) or a mafia-style hostile takeover? The directors Maclain and Chapman Way (The Battered Bastards of Baseball) have crafted a twisting drama with unearthed videotape of the Rajneeshpuram saga, plus new interviews with many key players.

Our guest is journalist-podcaster/multi-hyphenate Los Angeles native, Richard Parks III. Richard has written for Lucky Peach, the New York Times, and McSweeney’s. He has created a radio drama with Wayne Coyne, the short doc Music Man Murray, a documentary about Biosphere2, and contributed to Snap Judgement and KCRW’s Lost Notes.

While most of you reading this may not know the name Bhagwan Rajneesh, those who were around to watch the news in the early 1980s can tell you that he was a massive story around the country. That’s because Rajneesh and his followers spent $125 million back in 1981 to build Rajneeshpuram in in the Oregon desert, a 64,000-acre “utopia,” complete with a hospital, schools, restaurants, a shopping mall, and their own airport. What happened there and in the surrounding area is so far-fetched that you won’t believe it’s all true.

As you can see in the trailer (below), one of the great things about the doc is the way the filmmakers weave footage from the actual events in alongside new interviews with the people involved.