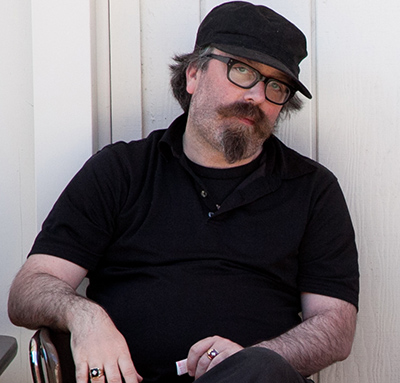 Sup Doc A Documentary Podcast celebrating the good, bad and ugly of all things docs with insightful interviews, unscripted humor, games and the occasional horrible impressions.

On Episode 82 Paco and George welcome guest and author Tony Dushane to talk about 20,000 Days On Earth the film that examines a day in the life of music icon Nick Cave. We get into music, religion, creativity and even writing tips from Tony, who teaches novel writing at UCLA Extension.

Tony DuShane is the author and screenwriter of Confessions of a Teenage Jesus Jerk, published by Soft Skull Press and directed by Eric Stoltz.

His journalism and essays has appeared in The Los Angeles Times, Mother Jones, Penthouse, The Rumpus, The Believer, and other media outlets. He was a music columnist for The San Francisco Chronicle and wrote 100s of articles covering books, film, and music for the newspaper between 2006 – 2015. His radio show and podcast Drinks with Tony ran from 2002 – 2015 and included many guests including Steve Buscemi, Nick Cave, Richard Hell, Chelsea Handler, Miranda July, and more.

20,000 Days on Earth is a 2014 British musical documentary drama film co-written and directed by Iain Forsyth and Jane Pollard. Nick Cave also co-wrote the script with Forsyth and Pollard. The film premiered in-competition in the World Cinema Documentary Competition at 2014 Sundance Film Festival on 20 January 2014. It won two Awards at the festival.

After its premiere at Sundance Film Festival, Drafthouse Films acquired distribution rights of the film. The film released on 17 September 2014 in United States.