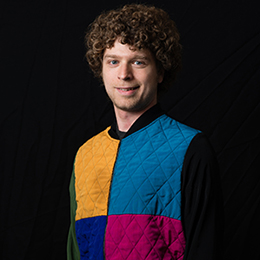 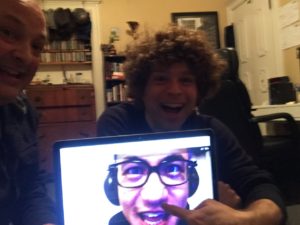 To know Nick Stargu (or DJ Real) is to love him! Nick is a friend of the show (he appeared in character on our LIVE Sketchfest episode 2 years ago) and is a very talented comedian and musician. Nick brought to us We Jam Econo the revealing doc that looks back at the history of the influential 1980s punk band the Minutemen. We also get into music, tech, Nick’s formation of the DJ Real act, Paco’s bands, George’s jam with Mike Watt, Andy Kaufman and more!

We Jam Econo: The Story of the Minutemen, is a full-length documentary about the influential 1980s punk rock band Minutemen, created by director Tim Irwin and producer Keith Schieron in association with Rocket Fuel Films. The film premiered on February 25, 2005 at the historic Warner Grand Theatre in San Pedro, California, after two years in production.

The title is a lyric from their song “The Politics of Time.” It’s also referred to in a comment made near the end of the film by Mike Watt, in a 1985 interview, when the band is asked if they have anything else to say. He answers for them: “We jam econo.” Econo was local slang for economic and described the band’s dedication to low-cost record production and touring. It also describes the band’s (and burgeoning underground independent music scene’s) do-it-yourself attitude and philosophy.

Nick Stargu is a musician, comedian, writer and filmmaker who is best known for his multimedia / musical comedy act, DJ REAL, which has been featured at Comedy Central’s Colossal Clusterfest, Outside Lands, San Francisco Sketchfest, Bridgetown Comedy Festival and more! He most recently appeared on the TV show “Flophouse” on Viceland and as a host on NBC’s show “The Guest List” on Seeso. And he’s opened for Devo and Bridget Everett!

Nick also performs as Imaginary Radio with comedy partner, Drennon Davis. They have performed at festivals all over the country, including SXSW, the Funny or Die Oddball Festival and have recently appeared in NBC’s “Comedy Show Show” on Seeso, as well as the audio version of the show, hosted by Will Arnett,

He is an audio producer, composer and sound designer at Audible’s comedy division. He has written the theme songs for “Bedtime Stories for Cynics” (w/Nick Offerman),  “Hold On with Eugene Mirman”, “Limelight” and more. He co-produced the audio series McSweeney’s Internet Tendencies, and has worked on the production of a number of shows including “Wedlock with Kurt Braunohler and Lauren Cook” and most recently “Dr. Katz: The Audio Files”.

Nick produced and performed on the Wolf Larsen songs “If I Be Wrong” and “Kitchen Door“, with a combined 20 million views on YouTube and over 2,000,000 plays on Spotify. The song “If I Be Wrong” was also featured in a 3Mobile ad in Ireland.

He has written a number of podcast theme songs and engineered albums for local recording artists. For more info, check out Nick’s Audio page.