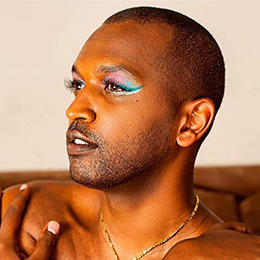 Sup Doc A Comedy Podcast All About Documentaries

On today’s episode hosts Paco Romane and George Chen sat down with comedian/writer Solomon Georgio. Solomon has written for Adam Ruins Everything & Spongebob SquarePants. His TV credits include CONAN, The Meltdown, This Is Not Happening, Viceland’s Flophouse, and Last Call with Carson Daly. He’s also got a new Comedy Central special called Homonégro Superior. Solomon Georgio burst into comedy with his own brand of indignant irreverence. He flawlessly intertwines biting social commentary with stories of his life as an openly gay African immigrant.

Solomon chose to discuss 20 Feet from Stardom, directed by Morgan Neville and released in 2013. The film follows the behind-the-scenes of backup singers and stars Darlene Love, Judith Hill, Merry Clayton, Lisa Fischer, Táta Vega, and Jo Lawry, among many others. On March 2, 2014, it won the Academy Award for Best Documentary Feature at the 86th Academy Awards.

Darlene Love can be recognized from her film career, acting as Danny Glover’s wife in the Lethal Weapon series, and she also became known for appearing each Christmas on The Late Show with David Letterman.

Lisa Fischer said of backup singing: “I reject the notion that the job you excel at is somehow not enough to aspire to, that there has to be something more. I love supporting other artists.” She added: “Some people will do anything to be famous. I just wanted to sing.