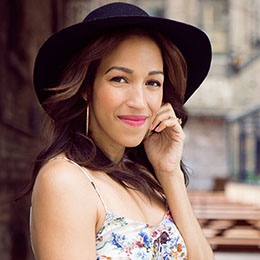 George and Paco visit with actress/improviser/musician Tawny Newsome to discuss her experience cosplaying STOP MAKING SENSE-era Talking Heads for Documentary Now and in a Talking Heads cover band. We talk about Second City, her projects with Jon Langford (Mekons, Skull Orchard), the WOOZ of Vacaville, and recording with the legendary Muscle Shoals Swampers!

Stop Making Sense (1984) is the concert film of the last Talking Heads tour, shot in Los Angeles and directed by Jonathan Demme. Considered one of the best live concert films of all time!

Tawny Newsome is a series regular on Bajillion Dollar Propertie$, frequent guest on Comedy Bang Bang and Spontaneanation, and a singer who collaborates with Jon Langford, most recently on Four Lost Souls on Bloodshot Records. Tawny can be seen in “The Comedy Get Down” and plays “Nina” the tour manager to real life comedy titans and Comedy Get Down comedians DL Hughley, Eddie Griffin, Cedric the Entertainer, the late great Charlie Murphy and George Lopez. She is also the co-host of the Yo, Is This Racist? podcast on the Earwolf network.