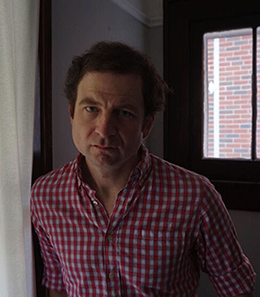 Sup Doc kicks off the jams with ROCKTOBER, a month long line-up of music docs and great guests. We hit the stage with The Devil and Daniel Johnston with our guest, musician Kip Uhlhorn! (With a guest appearance from Jack)

The Devil and Daniel Johnston is a 2005 documentary film about the noted American musician Daniel Johnston. It chronicles Johnston’s life from childhood up to the present, with an emphasis on his experiences with bipolar disorder, and how it manifested itself in demonic self-obsession. The film was directed by Jeff Feuerzeig, edited by Tyler Hubby, and produced by Henry S. Rosenthal.

George talked to Tyler Hubby about the work he did with Jeff Feuerzeig on The Devil and Daniel Johnston, which coincides with our Episode 69 with Kip Uhlhorn and Daniel’s current tour (where his backing band changes from city to city and includes Wilco’s Jeff Tweedy and Doug Martsch of Built To Spill). Listen to this in addition to Episode 69 for some rounded out information. Since we recorded these interviews, The New York Times also reported on the recent death of Johnston’s father Bill.

George also met up with Tyler Hubby to discuss his recently completed documentary Tony Conrad: Completely In The Present. That interview will be posted at a later date.

In 2007, the band was signed to Kranky and released their first proper album Silver Tongued Sisyphus. In 2008, the band released another collaborative 12” with Mythical Beast on Not Not Fun, as well as their second full length, Lie in Light on Kranky. The latter was chosen as one of top 25 albums of the year 2008 by the Magnet magazine. Cloudland Canyon subsequently moved to Holy Mountain, where the band began their own imprint of Holy Mountain (Intercoastal Artists) for 2010’s album Fin Eaves, which has become their best-received work to date, landing on numerous year-end lists. They went on tour with the Flaming Lips (whom Uhlhorn has collaborated extensively with) as well as with Interpol and Bear in Heaven. Members of the Arcade Fire even name checked the band.

Recently, Uhlhorn began working with Sonic Boom (Pete Kember) formerly of the band Spacemen 3 and currently of Spectrum, and Experimental Audio Research. 2012 saw Uhlhorn  Cloudland Canyon collaborate with longtime friend Robert A.A. Lowe (of Lichens, OM,) on the score for the film Miss Lovely which won the “Un Certain Regard” prize at the 2012 Cannes Film Festival. The band also contributed music to visual artist Doug Aitken’s iPad/iphone app entitled “Altered Earth”. In 2013, Cloudland Canyon began work on a new album in the latter half of the year with Sonic Boom (whose production credits include MGMT, Panda Bear) producing and mixing the album which was released by Light in the Attic/ Intercoastal Artists in 2016. In 2016 Uhlhorn has performed live with Dean Wareham & Britta Phillips (Galaxie 500, Luna, Dean & Britta,) who composed the soundtracks to several of Noah Baumbach’s films (The Squid & The Whale, Francis Ha, Mistress America.)