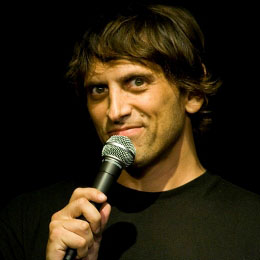 On episode 64 of Sup Doc hosts Paco Romane and George Chen sit down with the very talented comedian/musician Howard Kremer. They talk about the 2013 documentary Muscle Shoals celebrating Rick Hall, the founder of FAME Studios in Muscle Shoals, Alabama. The signature “Muscle Shoals sound” developed in songs such as “I’ll Take You There”, “Brown Sugar”, and “When a Man Loves a Woman.” Howard and the boys also discuss Public Enemy, Hip Hop Evolution, docs vs biopics, high school band names, and Jello Biafra. 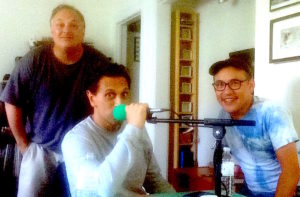 Howard Michael Kremer, also known by his stage name Dragon Boy Suede and his nicknames H. Michael Kre and Howie Michael Motorcycle, is an American comedian and comedic rapper. Howard Kremer is the host of the Who Charted? podcast, co-hosted by Kulap Vilaysack and available on the Earwolf podcast network.

Songs you’ve heard a million times before and think you know by heart—Lynyrd Skynyrd’s “Freebird,” Aretha Franklin’s “I Never Loved a Man (The Way I Love You),” the Rolling Stones’ “Wild Horses”—might just fall on your ears in an entirely fresh and new way, thanks to the documentary “Muscle Shoals.”

First-time filmmaker Greg “Freddy” Camalier explores how a tiny Alabama town on the southern edge of the Tennessee River served as the source of some of the greatest American music of the 1960s and ’70s. At two competing recording studios, artists as varied as Percy Sledge and Wilson Pickett, the Rolling Stones and Traffic, Paul Simon and Jimmy Cliff discovered and honed their sounds. And in the process, the classic tunes they produced helped fortify the mythology of the Muscle Shoals Sound.

Bono rhapsodizes early and often about how magical this place is—how the songs seem to come from the mud itself, full of sass and soul and grit. (Although, strangely, the film presents no evidence that U2 ever recorded there.) Camalier buys into the hype with picturesque images of the swamps, the sunflowers, the sun setting over a forest at magic hour like something out of a Terrence Malick movie.

As lovely as these shots are, though, they do make you wonder: What is it about this unlikely, rural town that produced so much great music? Is it the vibe, the history, the players, or the remoteness from pop-culture hubs like New York and Los Angeles?

Camalier never tries to provide a specific answer, but rather allows us to gawk in awe at the prodigious output of the place.