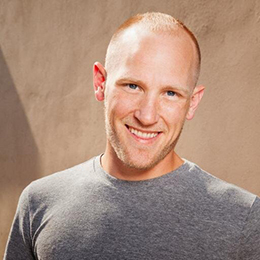 On Ep 44 Paco and George sit down with comedian Billy Wayne Davis. You may have seen Billy Wayne on Last Comic Standing or heard him on Marc Maron’s podcast WTF. We talk to BW’s about his start at Zanies in Nashville, his dog Bo Jackson, his own docs-series on CMT called Freedom, Ligers, how comedy and sports are related and of course the 30 For 30 documentary You Don’t Know Bo: The Legend of Bo Jackson.

Billy Wayne has worked with well known comics such as: Colin Quinn, Lisa Lampanelli, Louis C.K., and Mitch Hedberg. He has also toured extensively with Ralphie May.

Even without winning a Super Bowl or World Series, Bo will forever be known as a cultural icon and one of the most famous athletes of all time. This film examines the truths and tall tales that surround Jackson, and how his seemingly impossible feats captured our collective imagination for an all-too-brief moment in time.