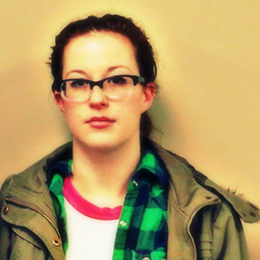 Paco and George talk with MTV writer/podcaster Molly Lambert. They get into ghosts, The Black Dahlia, music, Christianity, and dig deep into the doc Hell House!

Hell House is a 2001 documentary that was directed by George Ratliff that focuses on the idea of a hell house, a Christian-themed haunted attraction, in Cedar Hill, Texas. The film follows the youth group of the Cedar Hill Trinity Church, documenting the work involved in creating the hell house, the performances themselves, and the personal lives of some of the participants.

Molly Lambert is the Pop Critic at MTV News and cohost of the North Mollywood podcast.