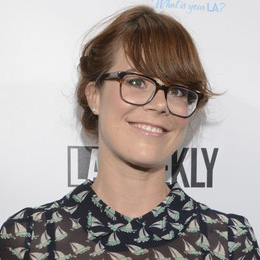 Sup Doc’s first Watch Along! Watch Project Grizzly with us! Grab a bowl of popcorn, get comfy and join the conversation as guest Deborah Etta Robinson chats along with hosts Paco and George about her favorite documentary! Watch Along here or below!

In this feature-length documentary, Troy James Hurtubise goes face to face with Canada’s most deadly land mammal, the grizzly bear. Troy is the creator of what he hopes is a grizzly-proof suit, and he repeatedly tests his armour – and courage – in stunts that are both hair-raising and hilarious. Directed by Peter Lynch, the film has become a cult classic in the United States and is rumoured to be a favourite of director Quentin Tarantino.

Born and raised in British Columbia, Canada, Deborah ventured off to New York City to take a stab at her love for comedy and writing. She studied at the Terry Schreiber Studio acting school and began doing standup at open mics at comedy clubs and coffee houses.

She took those skills back to Toronto, and quickly became one of the cities top comedians. She was a member of the award winning sketch troupe, The Boom and performed to sold-out monthly shows at the world famous Drake Hotel. The Boom were regulars on Sirius XM Radio’s Laugh Attack, were invited to the Atlantic Fringe Festival, Montreal Sketch Fest, Toronto Sketch Fest and showcased for Just For Laughs.

She created the Japanese themed comedy show “Happy Contest Time.” Which, won Best New Format at the 2012 I Heart Jokes Awards and was a featured act at the 2013 NXNE Festival.

Her biggest splash was in comedy writing when she became a writer for SexyNerdGirl.com and the spinoff web series Versus Valerie, winning Best Vlog at the 2013 Geekie Awards and nominated for Best Web Series at the Canadian Comedy Awards in 2012 and 2013.

Deborah has brought that success to LA, with quickly immersing herself in LA comedy scene, writing her next big projects. and performing Happy Contest Time to a very appreciative Los Angeles audience at the Three Clubs.