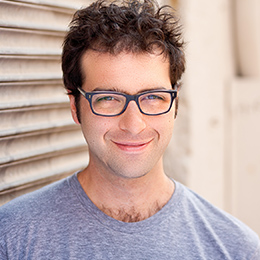 On Episode 41 Paco Romane and George Chen talk with comedian and actor Nick Flanagan about Buster Keaton Rides Again the 1965 documentary that chronicles the filming of one of Buster Keaton’s last short comedies, “The Railrodder,” which features him in a rambling journey across Canada. Included are brief biographic sketches and anecdotes, still photographs and a sequence from the 1927 silent film “The General” as well as contemporary footage with his wife, Eleanor. The film features Keaton working out his unique gags, singing in his distinctive voice and sharing tales of Hollywood’s studio era. The three also talk about GG Allin, Canada, documentaries, which old time movie star would be which punk rocker, and how Nick actually helped people move into the apartment we recorded this interview in!

Nick Flanagan is a comedian from Toronto. He also sings in the band Wrong Hole, and sang in Brutal Knights, , Killer Elite and Teen Crud Combo. Debut album “I’m Here All Weak” out on Talent Moat and Classic Bar Music records.