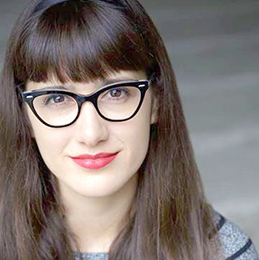 On episode 40 we delve into the life of a comedy great via the 2010 documentary, Joan Rivers: A Piece Of Work. Thanks to an internship, our guest Julia Prescott was able to bring her mom to the 2009 Comedy Central Roast of Joan Rivers, one of the high points of the film. Paco and George talk to Julia about writing (for animated shows like The Aquabats! Super Show! and Future-Worm!), historical roasting, Kathy Griffin, QVC credibility, and family. We compare everything to The Simpsons because that’s just what Julia does!

Joan Rivers: A Piece Of Work premiered at the 2010 Sundance Film Festival where it won the US Documentary Prize for Best Editing. Directors Ricki Stern and Annie Sundberg follow 75-year-old Joan Rivers for a year of work, what Joan knows and does the best. A compelling portrait of an aging icon who still has the thirst to kill on stage.

Julia Prescott is a writer and stand-up comedian from North Hollywood, CA. She’s written for Cartoon Network, Nickelodeon, Disney, Nerdist, VICE, Geek & Sundry, and more. Her Simpsons-themed podcast, “Everything’s Coming Up Podcast” (with Allie Goertz) is frequently featured in the Top Comedy Podcasts on iTunes. She can be currently seen touring the country performing stand-up, and will be releasing her debut comedy album, “Every Joke on This Album Kills (because I cut out the ones that didn’t)” in 2017.