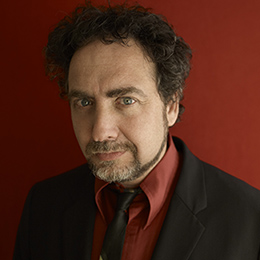 Part 1 of a 2-part interview. (Check out Part 2 here) You wake up in the middle of night, unable to move and see a shadow standing over your bed. Is this a bad dream or something far more sinister? Was Kubrick’s The Shining more that just a scary movie? And what’s a Kiki Wipe? Director Rodney Ascher  joins Paco Romane and George Chen on SUP DOC to talk about sock puppets, Marilyn Manson, Kiki Wipes and what led him to him to direct the conspiracy-fueled Room 237 & his personal reasons for creating the bone-chilling doc The Nightmare.

Room 237 is a subjective documentary that explores the numerous theories about the hidden meanings within Stanley Kubrick’s film The Shining (1980). The film may be over 30 years old but it continues to inspire debate, speculation, and mystery. Five very different points of view are illuminated through voice over, film clips, animation and dramatic reenactments. Together they’ll draw the audience into a new maze, one with endless detours and dead ends, many ways in, but no way out.

The Nightmare is a 2015 American documentary film directed by Rodney Ascher. The film had its world premiere on January 26, 2015 at the 2015 Sundance Film Festival and focuses on the topic of sleep paralysis. Ascher chose his subject because it had happened to him in the past.

The documentary focuses on eight people suffering from sleep paralysis, a phenomenon where people find themselves temporarily unable to move, speak, or react to anything while they are falling asleep or awakening. Occasionally this paralysis will be accompanied by physical experiences or hallucinations that have the potential to terrify the individual. In the film, Ascher interviews each participant and then tries to re-create their experiences on film with professional actors.

Rodney Ascher is a filmmaker whose feature debut, the ‘subjective documentary’ Room 237 premiered at Sundance, travelled the world, and annoyed Stephen King. ‘The Nightmare” was called The Scariest Movie of the decade”, which isn’t exactly true but looks great on the cover of the DVD. In a previous lifetime he directed short experimental documentaries, arguably comedic shorts, and a couple of music videos. He lives in a fast-gentrifying neighborhood in Los Angeles with his talented wife, a beautiful cat, and a six year old boy with a special interest in the sinking of the Bismarck.