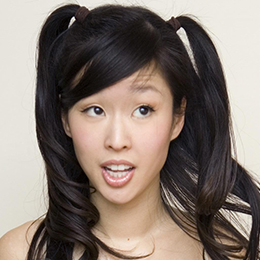 On Ep 37 Paco and George welcome comedian and actress Esther Ku to talk about the riveting 2013 doc Finding Vivian Maier. They also discuss Esther’s childhood, her start in the Boston comedy scene and her recent work on Family Guy.

Maier was a French-American woman who worked most of her life as a nanny and housekeeper to a multitude of Chicago families. She carried a camera everywhere she went, but Maier’s photographic legacy was largely unknown during her lifetime. She died in 2009. The film documents how Maloof discovered her work and, after her death, uncovered her life through interviews with people who knew her. Maloof had purchased a box of photo negatives at a 2007 Chicago auction, then scanned the images and put them on the Internet. She is now considered one of the greatest 20th Century photographers.

Esther Ku is a Korean-American stand-up comedian, television personality, and actress. Ku was a cast member on the MTV show Girl Code and Wild ‘N Out. Ku was chosen as one of the ten best comedians for the 2006 NBC Stand-up for Diversity Showcase in New York City. Ku has also been a featured regular performer in the Boston International Comedy Festival and the New York Underground Festival. She has been called “the Asian Sarah Silverman”.