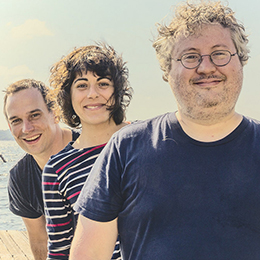 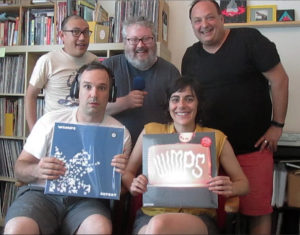 Paco and George are joined by Seattle band Wimps to discuss the 2014 Glenn Campbell documentary, I’ll Be Me by James Keach. Matt, Rachel, and Dave were moved for personal and professional reasons by the story of the final tour of country star Glenn Campbell, who was diagnosed with Alzheimer’s in 2011.
We talk about speech pathology, touring history, family, 7 stages of Alzheimer’s, and memory strategies. The Washington Post’s Ann Hornaday wrote that ” ‘I’ll Be Me’ is an elevating experience, inviting the audience to bear witness to Campbell’s courage, humor and spiritual strength. His story may make for a tough movie, but it’s an important and triumphant one, as well.”

Seattle’s Wimps is a three-piece comprised of scene veterans Rachel Ratner (Butts) on guitar and lead vocals, Matt Nyce (Meth Teeth) on bass and backing vocals, and Dave Ramm (The Intelligence) on drums. Wimps serve their own brand of rapid-fire punk with a smattering of lo-fi post punk guitar work to create an angular, slightly off-kilter blast. Ratner lyrically twists otherwise common day-to-day woes into relatable tales of struggle shout-sung call and response stabs that champion boredom, laziness and social anxieties with wiry riffs and punchy bass lines, propelled by the measured rhythms of drummer David Ramm. In 2015 they partnered with Kill Rock Stars and released a cassette and their sophomore album ‘Suitcase’ to praise from places like Noisey, Nerdist, AV Club, Exclaim, Norman Records, the Stranger, and more.
http://www.killrockstars.com/artists/wimps