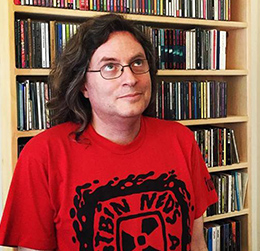 Today’s whale of a tale concerns the ill-fated voyage of Donald Crowhurst, as seen through the lens of Louise Osmond and Jerry Rothwell’s 2006 documentary, Deep Water. Music journalist and nautical enthusiast Ned Raggett joined Paco and George to discuss his attachment to this story from the 1968 race to circumnavigate the globe. This doc defies logic and will have you saying “…What the…” more times than The Imposter. Befuddling and tragic as it is, we wring some fun out of it.

Sunday Times Golden Globe Race inspired Robin Knox-Johnston, Bernard Moitessier, and Donald Crowhurst, among others to attempt solo circumnavigation of the globe. Of these men, Donald Crowhurst had the least sailing experience and the most financial gamble riding on the race. He bet his career, family, and ego on the voyage and it takes so many bizarre twists and turns. A fictionalized film of the events directed by James Marsh and starring Colin Firth finished production and is due out in 2017 under the name “The Mercy“.

Ned Raggett, to his continued surprise, has something of a writing career. When not keeping the roof over his head while working in UC San Francisco’s library system, he writes for a variety of locations all over the place, including Pitchfork, the Quietus, Flavorwire, FACT, Noisey, the Guardian, the San Francisco Chronicle, Bandcamp and a host of others past and present, most notably the All Music Guide, where he freelanced from 1998 to 2012. His weekly column for the Nashville Scene, Ned’s Atomic Link Bin, keeps track of notable English-language music writing, while he also posts quite a lot on Twitter, Facebook and so forth. Occasionally he remembers to eat, breathe and sleep, which reassures his girlfriend Kate.