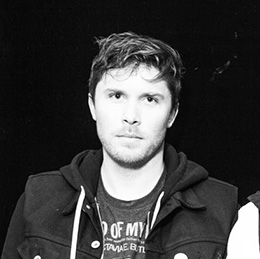 What do Lil Wayne and The Shining have in common? On Ep 29 Paco and George speak with musician William Hutson from the Los Angeles based experimental hip hop group clipping. The Carter is a 2009 documentary film about American hip hop recording artist Dwayne Michael Carter, Jr., better known as Lil Wayne. The Carter is a no-holds-barred documentary about Lil’ Wayne filmed over the course of the year when he transitioned from Rap icon to mainstream Pop star. The film was directed by Adam Bhala Lough and produced by Joshua Krause and Quincy Delight Jones III.

The making of the soundtrack to Room 237 – Stanley Film Fest

William Hutson is an electronic musician, writer, and academic. He is one third of the rap group Clipping, and has released solo recordings under the names Rale, Anthracite, and Tattered Syntax. He has collaborated with Jonathan Snipes on several film scores including the documentary Room 237. He holds a Ph.D. in Performance Studies from UCLA and writes for The Wire Magazine.