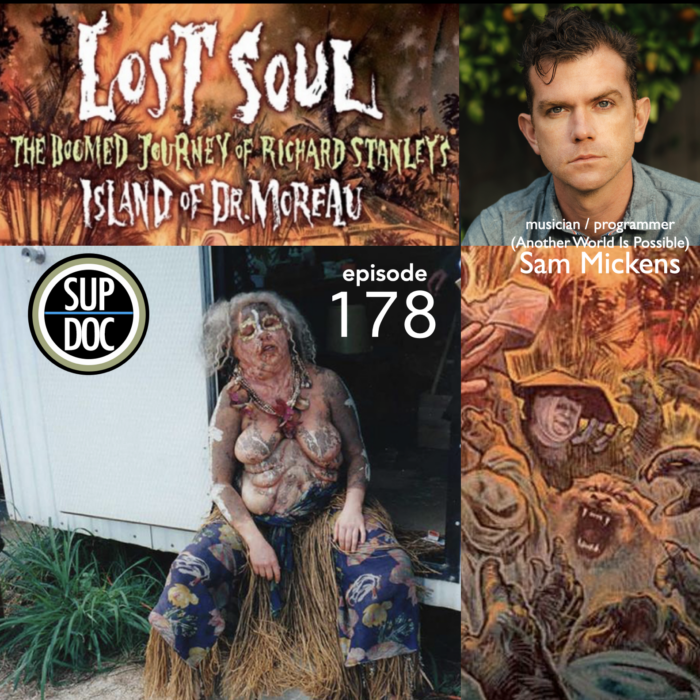 George and Sam Mickens dive into David Gregory’s 2014’s chronicle of the disastrous attempt to remake The Island of Dr. Moreau in the 1990s. Lost Soul: The Doomed Journey of Richard Stanley’s Island of Dr. Moreau is not only a preposition-heavy title, it’s an underdog story with a few twists.

Horror director Richard Stanley wanted to do an update of H.G. Wells’ novel with James Woods and Bruce Willis, and New Line Cinema was on board until they weren’t. Even before shooting, tales of erratic behavior and bad juju followed this production. Stanley is replaced with a workmanlike John Frankenheimer who has just as much trouble wrangling the intractable Marlon Brando and Val Kilmer. If you think this is the last you’ll see of Richard Stanley, you’ve got another think coming. 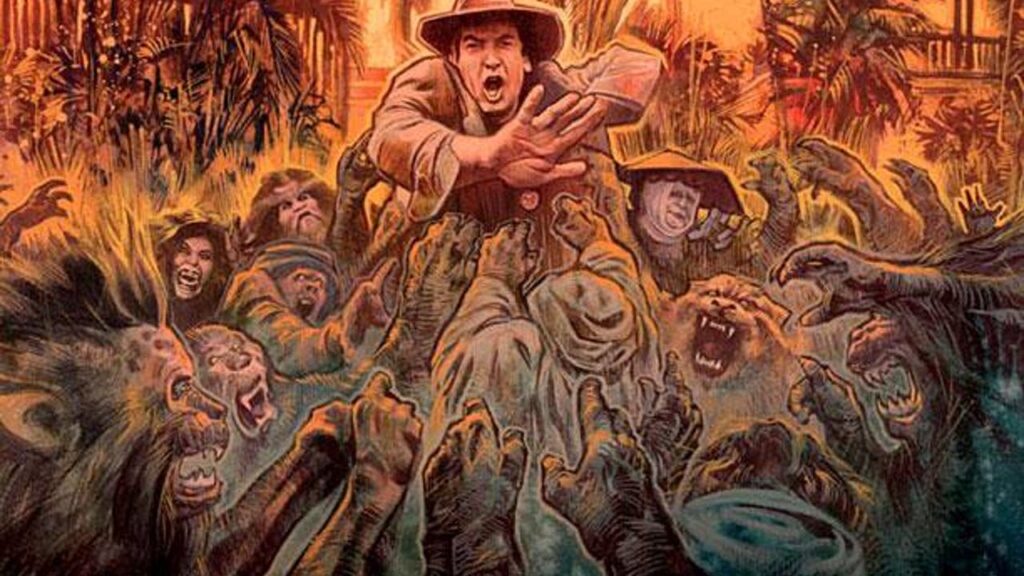 Our guest to discuss this film is Sam Mickens, a musician, artist, and programmer at Another World Is Possible. The new streaming service and news channel is launching in September 2021.