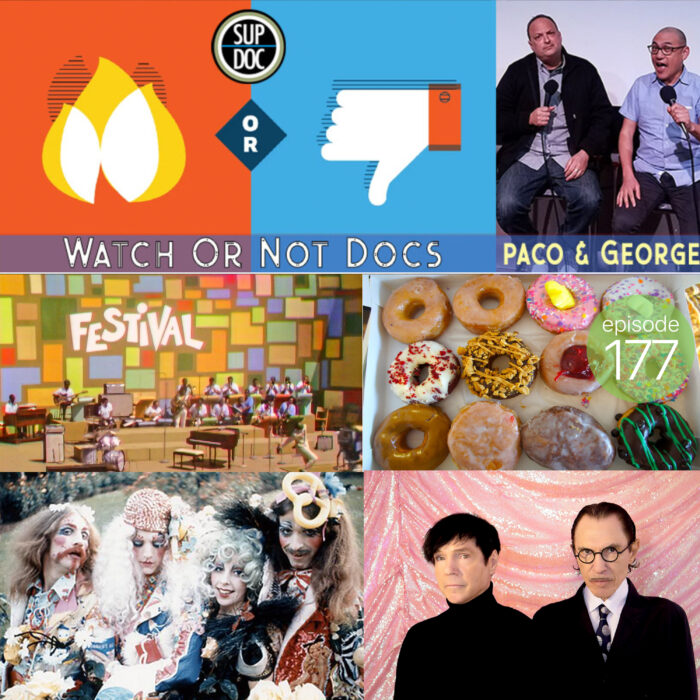 On episode 177 hosts Paco Romane and George Chen sit down to review and recommend some recent documentaries: The Sparks Brothers, The Donut King, Summer of Soul (and the not-so-recent The Cockettes). We are also looking forward to the Val Kilmer doc!

Summer of Soul (Questlove, 2021) Hulu  – Over the course of six weeks during the summer of 1969, thousands of people attend the Harlem Cultural Festival to celebrate Black history, culture, music and fashion.  Controversy around Summer of Soul footage >

The Cockettes (Bill Weber & David Weissman, 2002) Documentary Plus – In the gay San Francisco of the ’70s, a flamboyant ensemble of hippies decked themselves out in gender-bending drag and tons of glitter for a series of legendary midnight shows at the Palace Theater. In their 2 1/2 year existence, The Cockettes created 20 shows and were featured in 4 films. They created a unique burst of cultural experimentation and artistic outrageousness that continues to influence the worlds of theater, music, fashion, gay politics and spirituality, and urban club life.