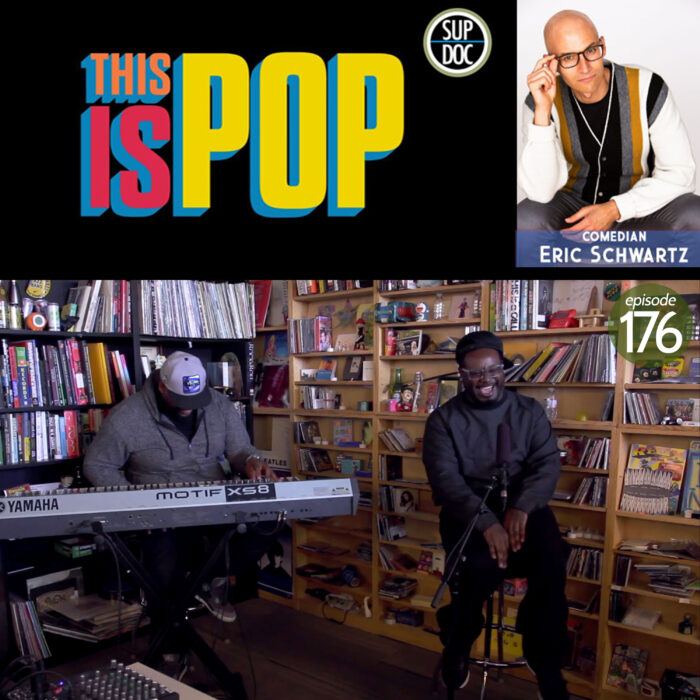 On episode 176 Sup Doc we are talking about This Is Pop the music documentary series currently streaming on Netflix. This is Pop uncover’s the real stories behind your favorite pop songs and charts the impact of the festival scene, Auto-Tune, boy bands and more. Our guest is Eric Scwartz who is almost featured prominently — in Episode 2 — simply named Auto-Tune. In this episode the producers examine how Auto-Tune is embraced and mocked, and shifts the pitch of the pop charts and changed the game for artists such as Cher, T-Pain and Kanye West.

Eric Schwartz combines stand-up, music and visual elements. He has appeared on Showtime, The Tonight Show, Comics Unleashed, and BET. His special, “Surrender to the Blender,” on Hulu and his standup clips music, videos, and sketches have over 100 million views.

He is the host and creator of Podcast: The Musical.