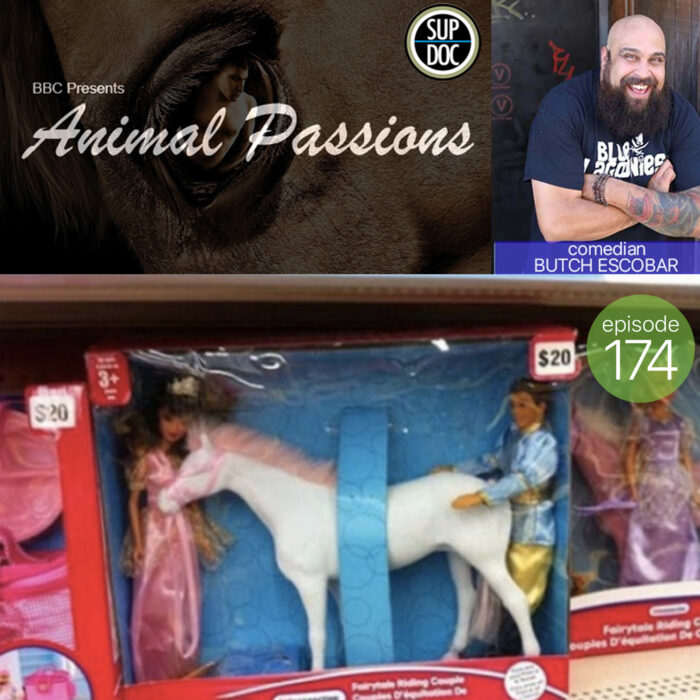 Today we’re covering Animal Passions, a 2004 BBC documentary by Christopher Spencer. It’s about Zoophiles, people who have sex with animals. Trigger warning! (Literally, the horse is named trigger). Animal Passions is a documentary on zoophilia presenting various personal, religious, psychological, and sociological views on the phenomenon of sexual relations between humans and other animals. Director Christopher Spencer introduces us to some of the most marginalized people on Earth. The interviewees, both men and women, are incredibly candid about their zoophile lifestyle (an illegal lifestyle in most parts of the world and in almost all 50 US states) and come across as resigned to their unconventional sexual proclivity.

Our guest is comedian Butch Escobar. He is a regular at the San Jose Improv, The Punch Line, the Hollywood Improv eand the Comedy Store. Butch has toured all over the country with Felipe Esparza and has performed overseas for the US troops.