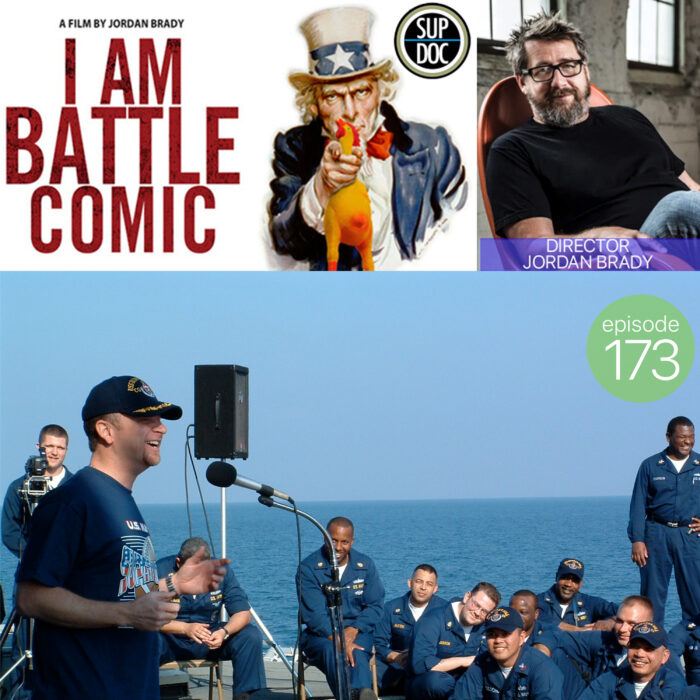 Paco and George meet up with Jordan Brady, who was a stand-up comedian before turning into a feature/documentary/commercial director. His trilogy of “I Am Comic” comedian documentaries shows what it takes to perform and live as a comic.

Jordan directs advertising campaigns for brands and agencies from all over the world. Given his background, it’s no surprise he has directed comedy giants as Will Ferrell, Kevin Hart, Keegan-Michael Key, Rory Scovel, and more. Other notable celebrities include international star Arnold Schwarzenegger and country music legend Brad Paisley, campaigns starring actress Kathryn Hahn for Chrysler, and Lamorne Morris for Buick.

In 2016, Jordan completed his passion project; a feature documentary trilogy on what it takes to be a stand-up comedian. “I AM COMIC” stars Louis CK (pre-pervert) Sarah Silverman, Leslie Jones, and more. 2014’s aptly titled “I AM ROAD COMIC” stars, Pete Holmes and Marc Maron. The most gripping film of his career is “I AM BATTLE COMIC”. Filming took Brady to Afghanistan, Kuwait, and undisclosed parts of the Middle East where he performed stand-up comedy for our troops stationed there.

Jordan lives in Los Angeles with his wife, filmmaker Jeannette Godoy, and their four children.