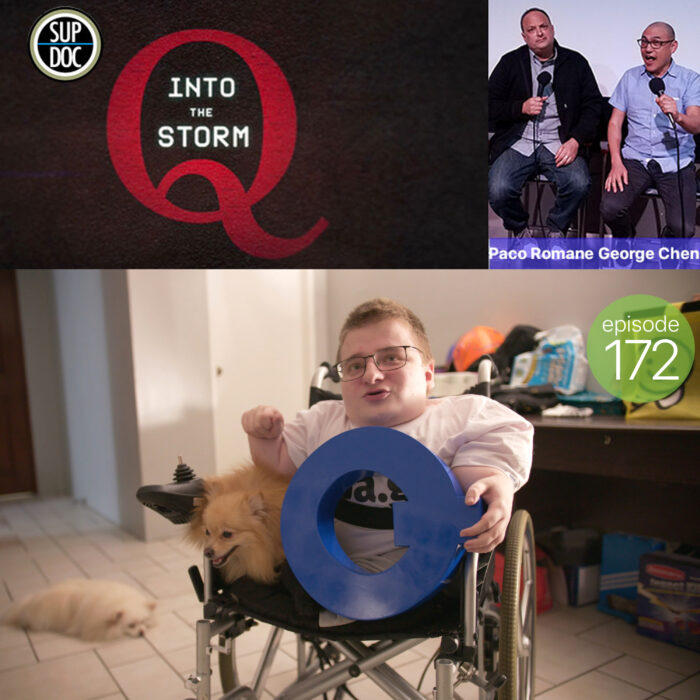 It’s Sup Doc’s 6th anniversary, and what better way to celebrate than to talk about Qanon!

On today’s episode, we’re talking about Q: Into the Storm, the six-part HBO docuseries where filmmaker Cullen Hoback goes down several rabbit holes and follows red herrings to track down the roots of the Qanon movement. Is it a movement? Is it a conspiracy theory? Hoback investigates this question and the bizarre father-son duo at its center. The drama in the documentary develops slowly as the inner workings of the dark web are explained for an audience unfamiliar with this world — which includes Fredrick Brennan, who created 8chan, and Jim and Ron Watkins, who later take on ownership and administration of the site. Though they used to work as a team, Brennan has a change of heart and winds up strongly against 8chan. He does not believe the Watkins, who test the bounds of free speech on the internet, are responsible people and can monitor the site, especially after episodes of murder and violence linked to posters on the site.

Through his investigation, Hoback believes he has revealed the identity of Q. Through anonymous “drops,” Q boasted of dates — that never materialized — when the conspiracy would be toppled. Followers of the movement believed Q must be someone high up in Trump’s inner circle – or maybe not. Who knows? Hoback’s film, in a weak reveal, shows that Ron Watkins was Q. He’s not someone particularly outstanding and didn’t have any real ties to Trump, but he had access and motive.

In our opinion, if you are a QAnon believer, you deserve to be duped.