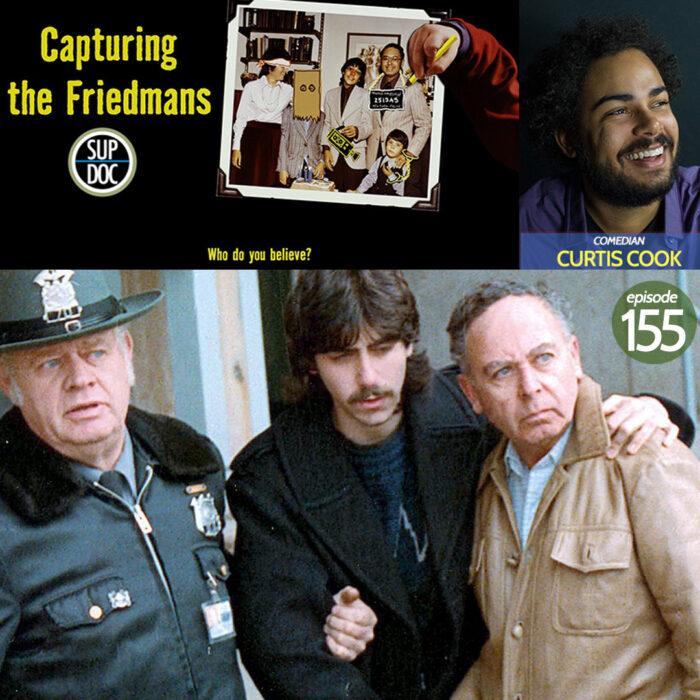 Today we recap an all time classic, Capturing The Friedmans, and get into a lively debate about how this documentary stacks up in today’s world. Was director Andrew Jarecki irresponsible in how he handled the footage and information he had? Was there a bias towards helping Jesse? Will our guest Curtis Cook and Paco ever see eye-to-eye on this doc? Listen to find out!

The true crime documentary Capturing The Friedmans was directed by Andrew Jarecki. Released in 2003, this was Jarecki’s first film and Capturing The Friedmans was subsequently nominated for an Academy Award. While preparing a documentary about children’s birthday party entertainers, Jarecki learned that professional clown David Friedman, was the son and brother of two men who had been convicted of child sexual abuse in a high-profile 1980s criminal trial.

Using home videos made by the Friedman family before and during the trial, Jarecki explores the conflicting stories of the accused, the alleged victims and the investigators as this modern day Greek tragedy unfolds on film.

There are many documentaries like Capturing The Friedmans but somehow this doc is entirely unforgettable.

Our guest is comedian Curtis Cook whose credits include Flophouse, Vice News, Portlandia, Crank Yankers and The Jim Jefferies Show (Most importantly he ran Giant Robot Comedy Night with George).