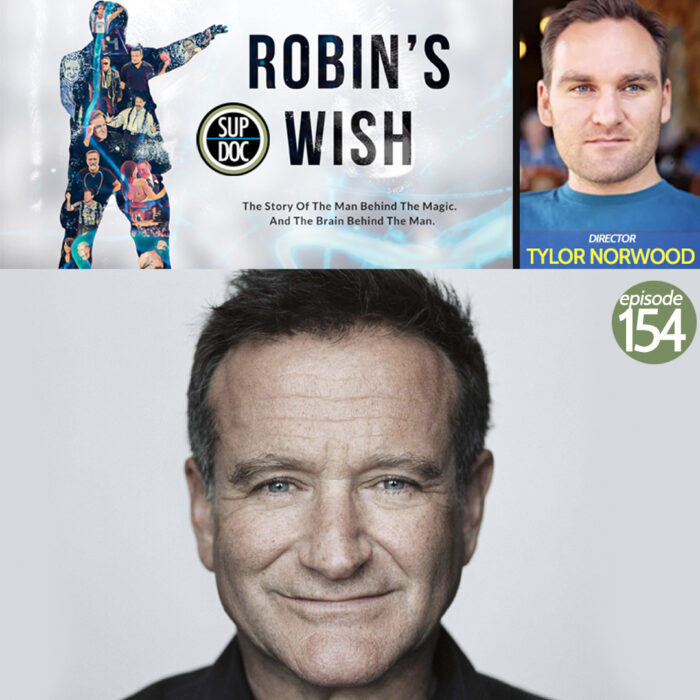 We’re very pleased to have on today’s guest Tylor Norwood the director of Robin’s Wish. This documentary centers around the final years of Robin Williams and the confusion around why this comedy icon killed himself in 2014.

After his death, the media narrative skewed the facts surrounding why Williams died. It wasn’t until a coroner’s report that the complexity of his situation was better understood: he had a severe case of Lewy Body Syndrome.

Williams’ widow, Susan Schneider Williams, has become a championing voice for the little-known form of dementia with Lewy Bodies. Showing the frailty of a suffering genius in his last months, Robins Wish is the first time the public is seeing this side of Williams’ life.

This story is lovingly crafted by director Tylor Norwood, who has been a guest on Sup Doc for his previous documentary, The United States of Detroit. Tylor was approached by Susan to tell this story, and his team tracked down friends and neighbors while laying out the details of a fairly obscure disease that is very difficult to diagnose.

Robin’s Wish comes out on Video on Demand (VOD) everywhere on September 1st.

Host Paco Romane talking about meeting  Robin Williams for the first time and doing improv with him one eventful night.