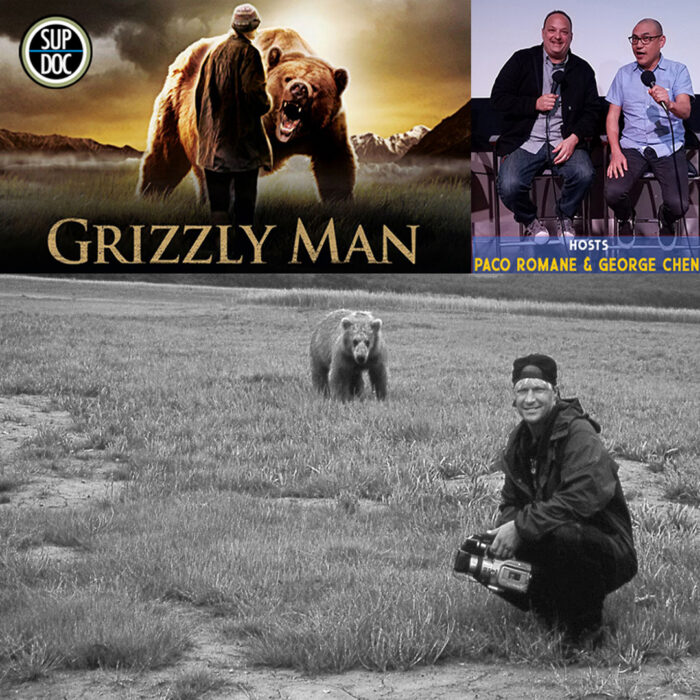 We take a look at Werner Herzog’s classic documentary Grizzly Man. Pieced together from Timothy Treadwell’s actual video footage, Herzog’s remarkable examination of  the calling that drove Treadwell to live among a pack of wild grizzly bears in Alaska. A devoted conservationist with a passion for adventure, Treadwell believed he had bridged the gap between human and beast. When one of the bears he loved tragically turns on him, the footage he shot serves as a window into our understanding of nature.

Narrated and directed as only Werner Herzog can, Grizzly Man is a perfect blend of funny, personal, and harrowing. With a 95% score on Rotten Tomatoes, Grizzly Man is a classic documentary about devotion, nature and its grim realities.

We also segway and ask the hard hitting questions like, could the Duplass brothers have made this movie as well as Herzog, how wide do you have to set your Tinder in Alaska, and will living in LA Will make you want to live in the forest? We also talk about Chekhov’s bear and the similarities of Grizzly Man to the new hit documentary series Tiger King!