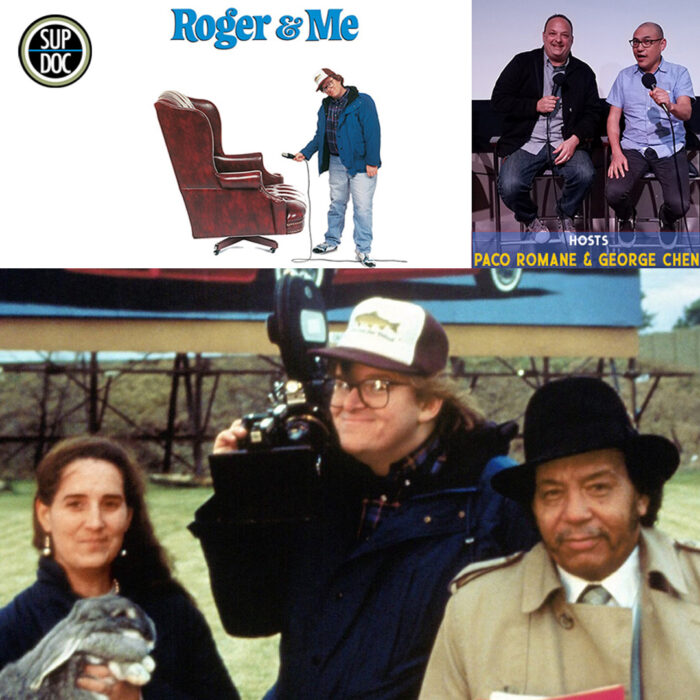 Sup Doc A Documentary Podcast Since 2015 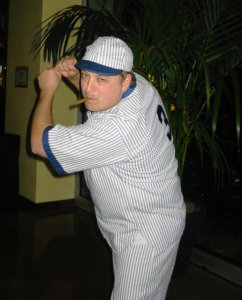 On episode 147 hosts Paco and George take a look back at Michael Moore’s classic 1989 documentary Roger and Me. Foundational to modern American documentary, this is a biting, vital, and angry film that is sadly still relevant today. The themes of this documentary also still resonate today: rich vs poor, empty promises and hard working Americans trying to work in a world that sees them as replaceable and apparently no one worked in San Francisco in the later 80’s either!

Michael Moore demands answers when General Motors suddenly closes the doors of all its auto plants in the Flint, Michigan, the city where he grew up. With over 30,000 people out of work, Flint is economically devastated, and Moore aims to track down GM CEO Roger Smith to make him answer for his actions. While on the search, Moore also chronicles the emotional effect the closings have had on his family and friends, while violent crimes begin to skyrocket in Flint. As Moore pokes around what has been described by one magazine as “the worst place to live in America”, he finds out how the local populace is coping with GM’s betrayal of the American Dream. Among those visited are a family who is evicted just before Christmas, and an enterprising middle-aged woman who set up a thriving business slaughtering and skinning rabbits. Never feigning objectivity, Moore contrasts the impact of the shutdown on the average Joes and Janes with the diffident reaction of Flint’s power elite. The latter’s patronizing attitude towards the unemployed multitudes is succinctly captured in the scenes in which visiting celebrities Robert Schuller, Anita Bryant, Bobby Vinton and Pat Boone exhort the citizenry to grin and bear it. Even more out of synch is “Miss Michigan” Kaye Lani Rae Rafko, who in her morale-boosting speech to the disenfranchised GM employees begs them to pull for her in the upcoming Miss America pageant! The film’s throughline is Moore’s futile effort to locate GM chairman Roger Smith, so that he can show Moore first-hand the utter devastation of Flint. Roger & Me is very funny, but it is the gallows humor of soldiers about to embark on a suicide mission. In 1992, Michael Moore more or less updated Roger & Me with his half-hour short subject Pets or Meat: The Return to Flint.

We also learn about Paco’s time working third shift in a GM plant, why no one in San Francisco works, being a living statue, ’80s fashions, woke branding, and debate whether soda is food.

Roger and Me has a 100% rating on Rotten Tomatoes.