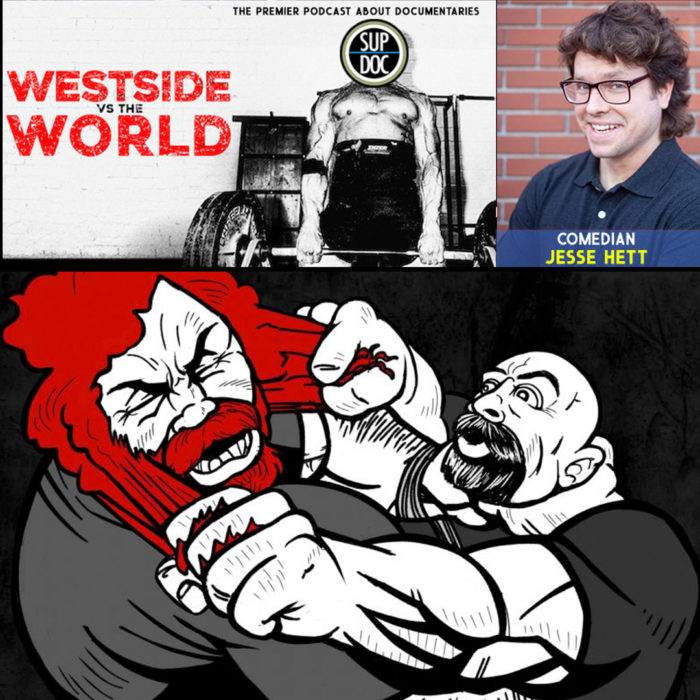 Ep 126 WESTSIDE VS THE WORLD with comedian Jesse Hett

Ep 126 WESTSIDE VS THE WORLD with comedian Jesse Hett

On episode 126 Paco is joined by comedian Jesse Hett to recap the 2019 Netflix documentary Westside vs The World. This documentary tells the history of the Westside Barbell Powerlifting Club and its founder Louie Simmons. The doc is narrated by Ron Perlman and focuses on Louie’s youth, his discovery of the Culver City Westside Barbell club, his journey into powerlifting and his accomplishments. Plus a lot of powerlifting drama. If you follow the sport you’ll be sure to recognize many of the club’s famous names and accomplishments. The doc follows Westside from its origins to its its domination through the 90s and early 2000s and to relative obscurity in the era of raw powerlifting.

My guest is comedian Jesse Hett. Jesse Hett is a stand-up comedian based in Oakland, California. He has appeared on the front page of the Wall Street Journal doing comedy while wearing a virtual reality helmet. That sounds made up but it’s true, you can look it up. He has performed in SF Sketchfest and the Savage Henry Comedy Festival; Rooster T. Feathers, the San Jose Improv, and the San Francisco and Sacramento Punch Lines. His style has been described as “observational absurdism” and one newspaper reviewer wrote that he “says very smart things in a very dumb way” which is kind of mean but print media is dying so Jesse Hett will have the last laugh.