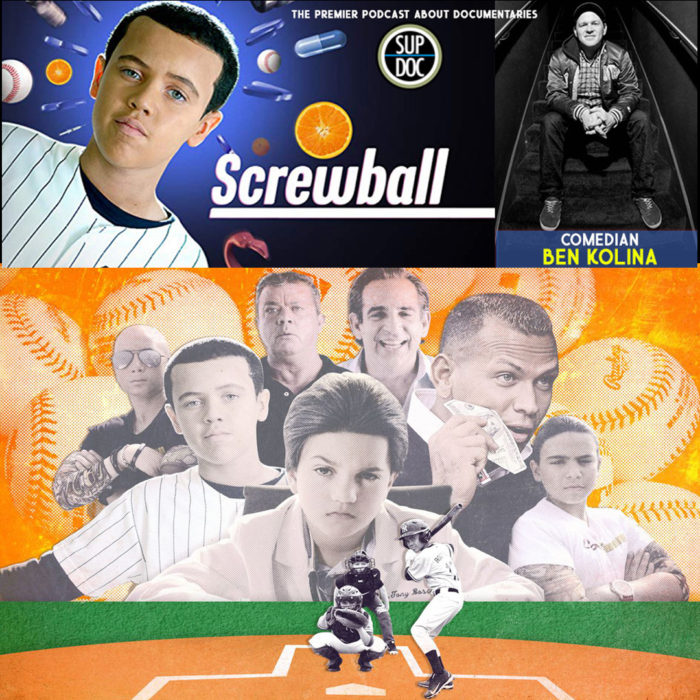 Paco talks with Bay Area comedian and baseball coach Ben Kolina about the 2018 Netflix documentary Screwball. Screwball Recounts the high-profile doping scandal that rocked Major League Baseball. This entertaining doc takes us into the surreal Miami underworld that provided performance-enhancing drugs to Alex Rodriguez, Manny Ramirez and other star players. They say South Florida is a sunny place for shady people and this is certainly true of steroid peddler Anthony Bosch. While Bosch’s medical credentials may be lacking, his storytelling skills are first rate. The documentary also raises serious questions about doping and ethics in sports.

The incredible nuttiness of “Screwball” could someday be adapted into an award-winning feature film a la “I, Tonya.” It has that same kind of out-there, Coen-esque feel in which people’s greed and stupidity lead to national news. There are plenty of dumb people out there, but only a select few that end up playing on as big a scene as Tony Bosch and Porter Fischer, who arguably changed the trajectory of one of the most popular sports in the world.

Ben had his first experience getting laughs at the expense of visiting outfielders in Bleacher seats of the Oakland Coliseum. Ben is co-producer of the popular weekly comedy showcase at the Night Light in Oakland and is a regular at the Punch Lines in San Francisco & Sacramento.