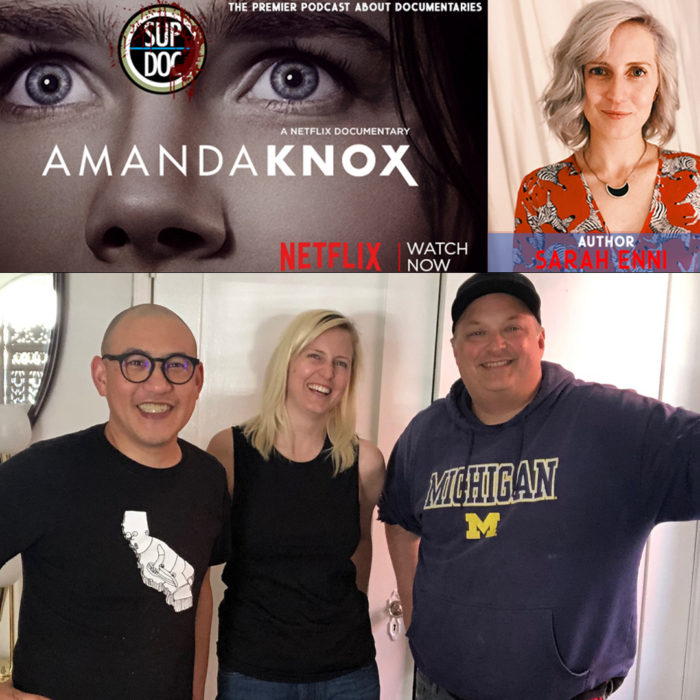 Every Monday in May: A New True Crime Documentary for MAYHEM MONTH!

On Ep 116 hosts Paco and George sat down with author Sarah Enni to recap the 2016 Netflix true crime documentary Amanda Knox. There are many reasons that this now-almost-decade-old case entranced the world, but chief among them may be what Knox says herself at the open of the film: “Either I’m a psychopath in sheep’s clothing or I am YOU.” So it would seem that this seemingly sweet, naïve girl is actually a sociopath—someone who tortured and killed her roommate for fun—or this seemingly sweet, naïve girl was accused of something she didn’t do, which means this could happen to anyone.

Either situation is horrifying.

This documentary, like a all great true crime documentaries, takes quick and weird twists and turns. From the douchey journalist Nick Pisa, to the ego driven investigator Giuliano Mignini (who compares himself to Sherlock Holmes), to the weird evidence left behind and how Knox “behaved” the day after the murder of her roommate.

“Amanda Knox” does a great job of detailing the crucial facts of the case. I don’t suspect it will persuade anyone convinced that Knox is akin to the Killer of Perugia, and it undeniably takes a pro-Knox stance, but it’s a well-made, accomplished piece of filmmaking that works because of how it focuses such a large case down to its key players, thereby illuminating how something like this could happen to anyone.

Sarah’s idea for “Pitch A Doc” would be a tantalizing portrayal of painter Thomas Kincaid. According to Kinkade’s company, one in every twenty American homes owns a copy of one of his paintings. You’ll have to hear Sarah’s pitch to really get a good idea of what this documentary would cover!

Sarah Enni is an author, podcaster, and journalist living in Los Angeles. Her debut young adult novel, Tell Me Everything, is out now. You can read her short story in the New York Times best-selling villain anthology, Because You Love To Hate Me, out now. She created and hosts the First Draft podcast, where she talks shop with other storytellers. In her non-laptop life she likes enchiladas, hiking, flea market shopping, and her cat, Hammer.

Tell Me Everything (Scholastic, 2/26)