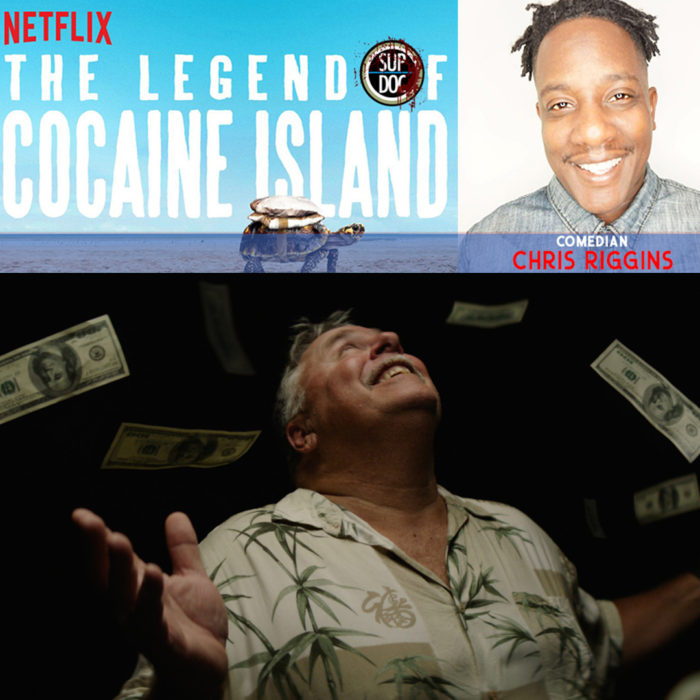 Today is only our 4 year anniversary (Linen) and it is also the first episode in our month long MAYHEM series were we cover True Crime documentaries every monday in May!

We start with the Netflix documentary The Legend of Cocaine Island. A lazy wish-fallfilment, DIY, rags-to-riches story that is more rags than riches. And of course it goes down in the state that gave us every sharable bonkers story that starts with “A Florida Man.” Cocaine Island centers around Robert Hyden who was on top of the world as a Florida businessman before the recession hit. He went from living in a mansion to a double wide no bigger than what used to be his garage. And he was mad. He didn’t deserve this. As he was looking at the bad hand life had dealt him, he heard a great urban legend repeated. There was a guy walking the beach in Puerto Rico one day and he saw a bag floating in the shallow water. He brought it in to shore, unzipped, and found millions of dollars in cocaine. With the corrupt police force of Puerto Rico and no way to get it out, he buried it. Basically, there was a buried treasure of millions of dollars in drugs just waiting for someone to find it. And that’s what he set out to do.

My guest is comedian Chris Riggins who has taken the art of stand up comedy and chose to stand out amongst a sea of other talented artists. From producing unique shows such as the Outdoor Comedy Club, opening for Dave Chappelle his first time on stage, to featuring and headlining at major clubs and colleges throughout the United States, the sky is truly the limit for Chris. While a unique take on growing up in the Bay Area and finding humor in the struggle are the centerpiece of Chris’ act, he is relatable to people from all walks of life. While many comics can make you laugh, few can make you reflect humorously on life experiences the way that Chris does. The Bay Area produces some of the greatest artists in the world and Chris solidifies that notion.

If you haven’t seen The Legend of Cocaine Island there are some spoilers in this episode. So go watch it and come back!