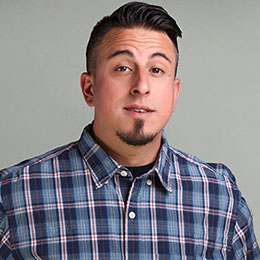 On episode 101 co-host Paco Romane recaps the documentary Finders Keepers with comedian Chris Storin  the host of News Dick and co-host of the That’s That podcast. Paco and Chris have a fun talk as they also get into comedy, music and even uncover an unexpected surprise!

From a listener: “There are so many details that kill me. Shannon’s Footman vanity plate, and his foot chandelier, dollar general press conference, the kooky non taxidermist lady whose parrot is named after some Star Trek deep space 9 priestess…it’s almost too much. That fucking foot fiasco saved one mans life and ruined another’s. What a tale!” – Janae D.

Finders Keepers is a 2015 documentary film by Bryan Carberry and Clay Tweel. The story details John Wood’s attempts to recover his mummified leg from Shannon Whisnant, after Whisnant found the leg in a grill purchased at a storage unit auction.

2004, John Wood and his father, Tom, are involved in a plane crash in Tom’s Cessna. Tom is killed and John’s leg must be amputated below the knee. John—celebrating a year of sobriety after an addiction to drugs in his youth—blames himself for the crash, even though his brother and nephew assure him that the crash wasn’t his fault. John requests that the hospital return his amputated leg to him, intending to turn it into a shrine to his father as a way of coping with his grief.

John is surprised when, rather than return his leg and foot bones, the hospital gives him his entire amputated leg, including the flesh and muscle. John makes several failed attempts to skin the leg himself before deciding to mummify it. The leg ends up in a barbecue grill in John’s storage shed, undergoing a primitive mummification process.

John relapses into drug addiction after he begins drinking beer while taking the painkillers prescribed to him after his surgery. He spends the rent money for his storage shed on drugs, and the shed is put up for auction by its owner.

The shed is purchased by Shannon Whisnant, a local entrepreneur. When he discovers the leg, Whisnant sees it as an opportunity to fulfil his lifelong dream of being a rich and famous television personality.

Chris Storin has been all over the world, performing for the troops, as well as opening huge local shows like the Wild 94.9 Comedy Jam. His energetic storytelling and upbeat personality show the audience what our exciting and flawed world looks like through his eyes. He can be seen opening nationally for headliners like Felipe Esparza and Dave Chappelle as well as doing his own strong headlining sets.