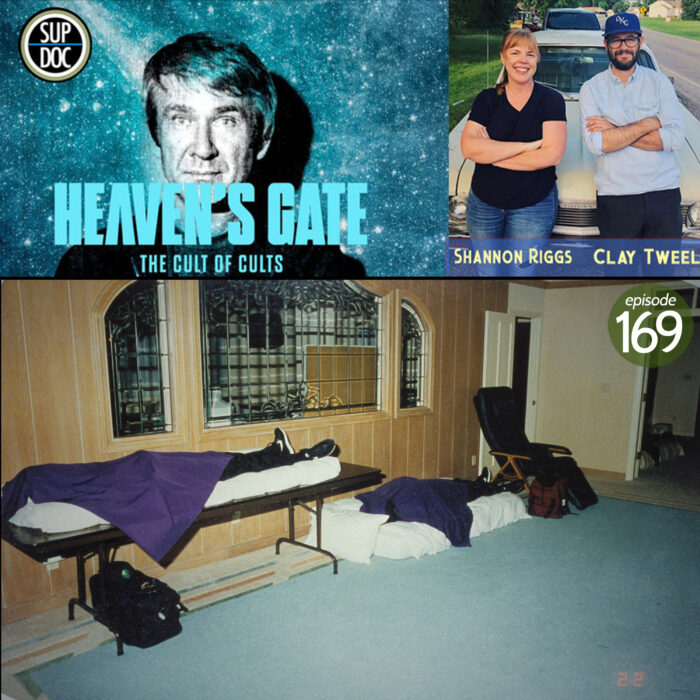 Today we’re talking to the filmmaking team behind the HBO docuseries – Heaven’s Gate: The Cult of Cults. Director and Producer and Clay Tweel and Producer Shannon Riggs chronicled the three-decade long saga of Marshall Appelwhite and Bonnie Nettles, Also Known as “Do and Ti”, who recruited scores of people to their Alien religious cult. Interviewing former group members and family left behind, the four part series goes beyond the headlines of this little-understood group that ended in a mass suicide.

Clay Tweel is a documentary director/producer/editor whos works include Make Believe, Print the Legend, personal Sup Doc favorite Finders Keepers which we HAVE to talk about as well, Out of Omaha,The Innocent Man, and Gleason. His features have been distributed by Showtime, Netflix, and Amazon Studios.

Producer Shannon Riggs is the co-founder of Parkside Films. With Clay Tweel, she produced Gleason and The Innocent Man series. Shannon was an independent producer working across narrative feature films, branded content, and music videos.

A participant in the Sundance  Female Filmmaker Initiative, Shannon is honored to be a member of Women in Film and actively mentors emerging filmmakers.