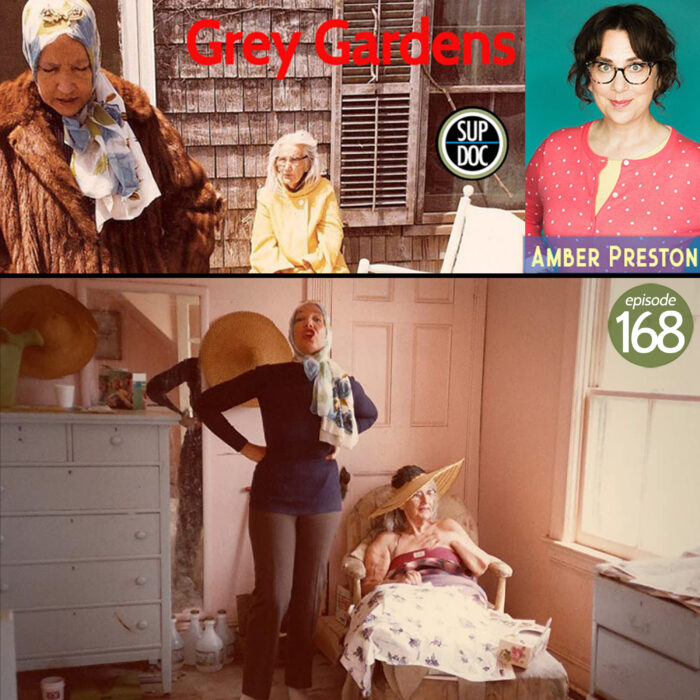 Today we are covering the all-time classic doc Grey Gardens directed by the Maysles brothers.

Grey Gardens is a 1975 American documentary film by Albert and David Maysles. The film depicts the everyday lives of two reclusive, upper-class women, a mother and daughter both named Edith Beale, who lived in poverty at Grey Gardens, a derelict mansion at 3 West End Road in the wealthy Georgica Pond neighborhood of East Hampton, New York. The film was screened at the 1976 Cannes Film Festival but was not entered into the main competition.

Ellen Hovde and Muffie Meyer also directed, and Susan Froemke was the associate producer. The film’s editors are credited as Hovde (who also edited Gimme Shelter and Salesman), Meyer and Froemke.

In 2010, the film was selected by the Library of Congress for preservation in the United States National Film Registry as being “culturally, historically, or aesthetically significant”. In a 2014 Sight & Sound poll, film critics voted Grey Gardens the joint ninth best documentary film of all time.

The Maysles were approached by Jackie Onassis to make a movie about the Bouvier family. During the filming, their camera gravitated to The crumbling Long island estate known as Grey Gardens occupied by eccentric relatives “big and little Edie”. It’s a hot mess of co-dependence, animal feces, American aristocracy in decline, and corn.

And our guest to discuss this film is comedian Amber Preston.

Amber has appeared on national commercials, at numerous festivals from SF Sketchfest to Gilda’s Laughfest (where she was named “Best of the Midwest”), and Marc Maron’s “Five Comedians to Watch” list for Vulture. Along with hosting LA comedy shows The Cut and Punchline Punchout, she recently released her debut album Sparkly Parts on Stand Up! Records.