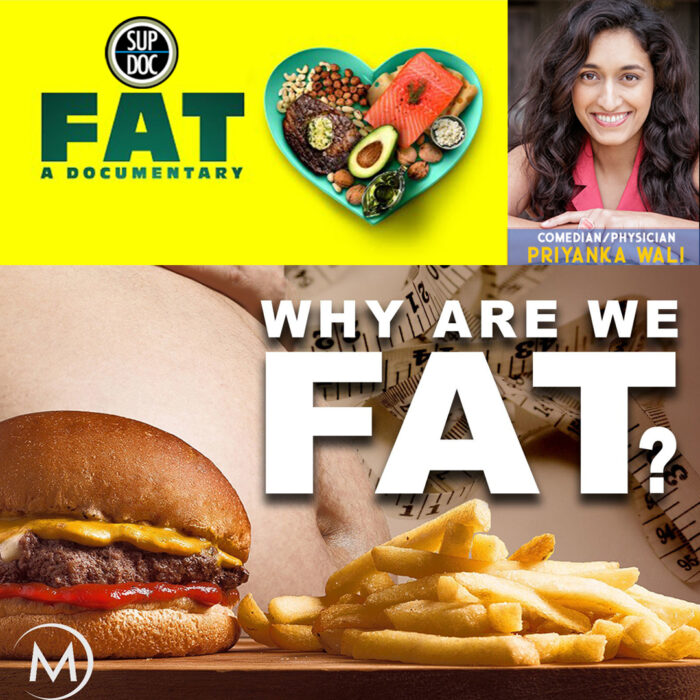 To conclude our Munchie May series on food documentaries we watched FAT a documentary by Peter Curtis Pardini (2019).

Trainer-to-the-stars Vinnie Tortorich exposes the history behind widespread myths regarding healthy eating, fat, and weight loss. Is the American Obesity epidemic a product of culture, government intervention, corporate greed, or lack of will? You can watch FAT currently streaming on Amazon Prime.

And helping us pick through the layers is our medical and comedic guest, Dr. Priyanka Wali, who schools George and Paco on the science behind the doc. As a comedian Priyanka was named one of Refinery29’s “Fifty Female Stand-Up Comedians You Need To Know” and featured on KFOG Radio, The Today Show, Uproxx, and Cosmopolitan. She’s also an expert on the ketogenic diet who lectures at conferences around the country. She also runs a medical comedy podcast called PreExisting Condition with Sammy Obeid.

This episode we shout out our friends at Honey and Pearl!