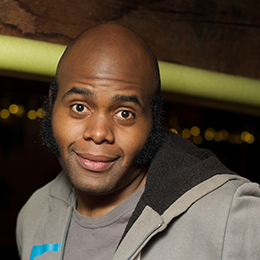 Did you play the Tony Hawk video game? Have you been to Tommy Guerrero’s cafe or wondered how to make middle-aged white men cry? We hope to shine some light on these topics and more. Bones Brigade: An Autobiography (2012) Featuring Tony Hawk and directed by Stacy Peralta (Dogtown and Z-Boys, Riding Giants), this is the personal story of how sheer talent, skill, passion and the belief that anything is possible transformed skateboarding from a fringe pastime to a thrilling action sport filled with extraordinary gravity defying feats as well as a global industry. The Bones Brigade is the team they formed that revolutionized not only their lives, but international pop culture as well. With Tony Hawk, Rodney Mullen, Lance Mountain, Steve Caballero, Tommy Guerrero, Mike McGill, Stacy Peralta, George Powell, Christian Hosoi, Ben Harper, Fred Durst, Shepard Fairey, Tony Alva.

OJ Patterson is a retired comedian living in Oakland. Born and raised in the East (Michael) Bay of California, Patterson is also the editor of Courting Comedy, producer of the Black Astronauts (Blackstronauts) and writer for a number of comedy publications. @supatrashedbros #retiringprodigy #onhiatus