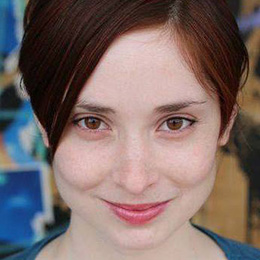 On Episode 21 of Sup Doc, George talks with comedian/writer Hana Michels about My Depression: The Up And Down and Up Of It by Elizabeth Swados, Robert Marienetti, and David Wachtenheim (2014). Does an animated memoir even count as a documentary? HBO thought so, but we have questions. Hana and George talk about depression, having two therapists as parents, medication, comedy, and generational shifts in humor.

Famed Broadway writer, director and composer Elizabeth Swados has struggled with depression her whole life. She shares her experiences with this often-misunderstood condition to make a difficult and sometimes taboo topic more accessible and understandable. Based on Swados’ graphic memoir “My Depression: A Picture Book,” and featuring the voices of Sigourney Weaver (as Swados), Steve Buscemi, Fred Armisen and Dan Fogler. Hana Michels grew up on the west side of Los Angeles, the daughter of two Jewish psychologists, she pursued a career in comedy in hopes of utilizing her unique ability to judge herself at a professional level. While attending Syracuse University she began performing stand up and writing, and has since performed at such venues as New York Comedy Club, the Los Angeles Comedy Store, and the Westside theater as a regular performer and a sketch performer in the Punk Haus Players. Hana’s writing for sites such as Vice, Reductress, and Thebadguyswin has ranged from silly and satirical to personal and biting. http://twitter.com/hanamichels