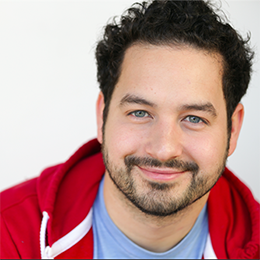 On Ep 61 Paco Romane and George Chen sat down with comedian and actor Ahmed Bharoocha to talk about the documentary Detropia.

Detropia is a 2012 documentary film, directed by Heidi Ewing and Rachel Grady, about the city of Detroit, Michigan. It focuses on the decline of the economy of Detroit due to long-term changes in the automobile industry, and the effects that the decline has had on the city’s residents and infrastructure.

The film’s name came from a portmanteau of the words “Detroit” and “Utopia“, and was inspired by an abandoned auto parts store, where the letter “A” in “AUTO” and the letters “R”, “T”, and “S” in “PARTS” were missing from the store’s sign. The letter “I” had been painted into the appropriate part of the store front to make the sign read “UTO PIA”.

The film does not feature any narration or spoken comments from the filmmakers. Instead, it primarily follows three residents of Detroit in various situations around the city, circa 2010. Interspersed is contemporary footage of different areas of Detroit shot by the filmmakers, and clips of historic footage. Segments of performances at the Detroit Opera House are incorporated as well.

The three Detroiters who are profiled are video blogger Crystal Starr, nightclub owner Tommy Stephens, and United Auto Workers local President George McGregor, each of whom reflect on their own experiences and share their observations about the city, its problems, and its opportunities. Also featured are portions of Mayor Dave Bing‘s discussions with city officials and residents about the possibility of geographically consolidating Detroit residents as a cost-saving measure. A group of artists, mostly newcomers to Detroit, are shown as well, particularly Steve and Dorota Coy. The Coys, who are performance artists, are featured on the poster and DVD cover for the film.

Locations that are shown or commented on include the Detroit/Hamtramck Assembly, where the Chevy Volt is assembled; the defunct Detroit Cadillac facility; and the abandoned Michigan Central Station.

Conan and Comedy Central veteran Ahmed Bharoocha is half Irish Catholic, half Pakistani-Indian-Burmese-Muslim, and wholly a master of punctuating striking social commentary with high-energy theatrics. During high school his family relocated from Santa Barbara to Rhode Island, where Bharoocha made the leap from Stitches Comedy Club dishwasher to open micker. While attending the University of Rhode Island he frequented Boston’s Comedy Studio, becoming a Comic in Residence in the process.

In 2010 Bharoocha won the Magner’s International Comedy Festival and soon moved to Los Angeles (specifically his sister’s dining-room floor). There he began producing weekly web shorts with Ryan O’Flanagan and Jack Robichaud for their Dead Kevin YouTube channel; the viral sketch trio has since been featured on Tosh.0, Funny or Die and named one of L.A. Weekly’s 2013 Comedy Acts to Watch. As a solo stand-up, Bharoocha’s festival performances include Just for Laughs Montreal, the Moontower Comedy Festival, Riot L.A., the Great American Comedy Festival and Scotland’s Glasgow International Comedy Festival. Most recently he appeared on Adam DeVine’s House Party, Viceland’sFlophouse and was cast as a series regular on this fall’s Adult Swim series Dream Corp.