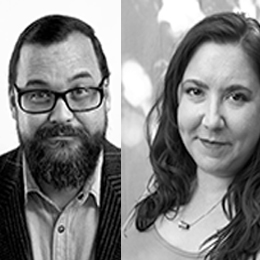 On Ep 58 Paco, George and producer Will sit down with the Craig Staggs and Steph Swope (Minnow Mountain) the animation director and producer of the 2016 documentary Tower. Tower is a 2016 animated documentary film directed by Keith Maitland about the 1966 shootings at the University of Texas at Austin. The film is 82 minutes long, reduced from 92 minutes after the SXSW screening and premiered at the 2016 South by Southwest. August 1, 1966, was the day our innocence was shattered. A sniper rode the elevator to the top floor of the iconic University of Texas Tower and opened fire, holding the campus hostage for 96 minutes in what was a previously unimaginable event. TOWER combines archival footage with rotoscopic animation of the dramatic day, based entirely on first person testimonies from witnesses, heroes and survivors, in a seamless and suspenseful retelling of the unfolding tragedy. The film highlights the fear, confusion, and visceral realities that changed the lives of those present, and the rest of us, forever – a day when the worst in one man brought out the best in so many others.

The film is based on a 2006 Texas Monthly article by Pamela Colloff, “96 Minutes.” Maitland originated from New Jersey and attended UT Austin. Maitland read the article in 2006 and asked Colloff to have lunch with him. He suggested making a film about the incident during the meeting. Colloff became one of the executive producers of the film. Various University of Texas students worked on the film as interns.

To finance the film the creators opened an Indiegogo, generating almost $70,000 from over 330 people in six weeks. In the final few days alumni of UT offered up a matching grant.

Early on Maitland realized that he and his team likely would not be able to film reenactments on the University campus and so they decided to opt for an animated aesthetic ” to show the geography of the campus”. Footage was mostly shot in Maitland’s backyard and then animated by production company Minnow Mountain who was aided by pictures Maitland had shot around campus. Over 100 people were interviewed including at-the-time media members, police, students, and faculty, who had witnessed the events, but a few selective interviews were used.