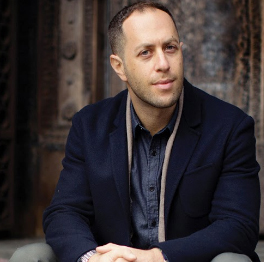 On this episode of Sup Doc Paco sits down with writer Adam Mansbach who wrote the biopic Barry currently available on Netflix. Barry is set in the year 1981 and focuses on the future president Barack Obama as he struggles to figure out his identity as he moves between various different communities and social circles while attending Columbia University. We also talk about race and identity, why he wrote his best-seller Go The Fuck To Sleep, working with Alan Zweibel, and his method and inspiration to write Barry.

Barry is a 2016 American drama film directed by Vikram Gandhi about Barack Obama‘s life at Columbia University in 1981. It stars Devon Terrell, Anya Taylor-Joy, Jason Mitchell, Ashley Judd, Jenna Elfman, Ellar Coltrane, Avi Nash and Linus Roache. It was selected to be screened in the Special Presentations section at the 2016 Toronto International Film Festival.  The film was released on Netflix on December 16, 2016.

Adam Mansbach is a novelist, screenwriter, cultural critic and humorist. He is the author of the #1 New York Times bestseller Go the Fuck to Sleep, which has been translated into forty languages, named Time Magazine‘s 2011 “Thing of the Year,” and sold over two million copies worldwide. The 2014 sequel, “You Have to Fucking Eat,” is also a New York Times bestseller.

Mansbach was recently nominated for an Independent Spirit Award and an NAACP Image Award for his screenplay BARRY. The film premiered to rave reviews at the Toronto International Film Festival, where it was acquired by Netflix.

Mansbach’s 2013 novel, Rage is Back, was named a Best Book of the Year by National Public Radio and the San Francisco Chronicle. Adapted for television by Mansbach and Danny Hoch, it is currently in development at USA as an hour-long drama.

Mansbach’s previous novels include The End of the Jews (2008) which won the California Book Award, and the cult classic Angry Black White Boy, or the Miscegenation of Macon Detornay (2005), which is taught at more than eighty schools and was adapted into a prize-winning stage play in 2008.

Mansbach also writes in several other literary genres. His debut thriller, The Dead Run was published by HarperCollins in 2013, and the sequel, The Devil’s Bag Man, in 2015. The first book in a middle grades series co-written with Alan Zweibel and entitled Benjamin Franklin: Huge Pain in my Ass, was published in September 2015 by Hyperion. Jake the Fake Keeps It Real, the first title in a middle grades series co-written with Craig Robinson, is forthcoming from Crown in 2017. He is also the author, with Zwiebel and Dave Barry, of For This We Left Eygpt?, a parody Haggadah, forthcoming from Flatiron Books in time for your 2017 Seder.

Mansbach is the recipient of a Reed Award, a Webby Award, and a Gold Pollie from the American Association of Political Consultants for his 2012 campaign video “Wake The Fuck Up,” starring Samuel L. Jackson. He was the 2009-11 New Voices Professor of Fiction at Rutgers University, a 2012 Sundance Screenwriting Lab Fellow, and a 2013 Berkeley Repertory Theatre Writing Fellow. His work has appeared in The New Yorker, New York Times Book Review, Esquire, The Believer, The Guardian, The Los Angeles Times, The Boston Globe, and on National Public Radio’s All Things Considered, The Moth Storytelling Hour, and This American Life.

Mansbach lives in Berkeley, California, and is a frequent lecturer on college campuses.