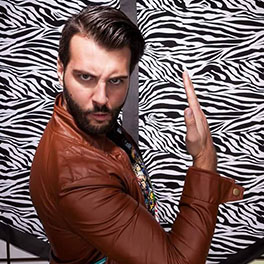 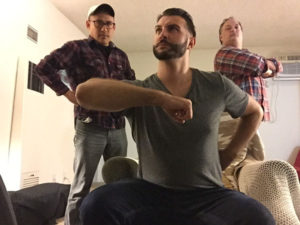 Paco and George sit down with comedian Bert DiVietri to talk about his favorite documentary The Death of “Superman Lives”: What Happened? Director Jon Schnepp’s 2015 film looks at the infamous Tim Burton reboot of Superman starring Nicholas Cage, which never got made. We talk to Bert about DC vs. Marvel, fantasy casting, Kevin Smith, Jon Peters’s headlocks, fandom, and more. You can find the film at http://www.tdoslwh.com and it’s also available on Showtime.

Bert DiVietri is a Los Angeles comedian from Lansing Michigan. Growing up undiagnosed with ADHD Bert loves to talk about dealing with his disability as an adult. Not a lot of people are open and willing to joke about their life long disabilities but Bert makes sure to deprecate. Bert was a regular at the world famous Purple Onion, a member of the Young Guns of Comedy, and the co-founder of the comedy hip-hop group Death Ray Astray who recently released two music videos for their most requested songs. Bert DiVietri has been featured in military fundraisers, nerd comedy venues, and hip hop comedy shows all across the USA. If Bert is performing in your club, it’s a surefire sign that you are probably real awesome.

**Sup Doc has created a Patreon page for those that can help out. We will also be providing unique Sup Doc content for our contributors. If now is not good for you we always appreciate you listening and spreading the word about Sup Doc! http://www.patreon.com/supdocpodcast